Metropolitan Pavel to attend celebrations in honor of St. Elisha of Lavrishevo

Source: Belarusian News
Natalya Mihailova | 05 November 2014
GRODNO, 5 November (BelTA) - Metropolitan of Minsk and Zaslavl Pavel, Patriarchal Exarch of All Belarus, will take part in the events to celebrate the 500th anniversary of the canonization of St. Elisha of Lavrishevo, BelTA learned from the ideology, culture and youth affairs department of the Novogrudok district executive committee. 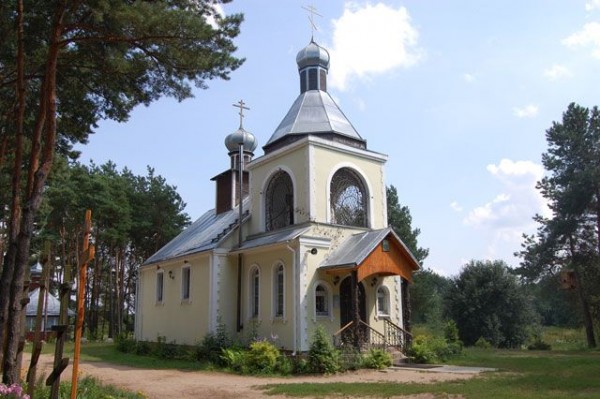 It is expected that attending the celebrations will be 700 pilgrims from the Orthodox eparchies in Belarus. Today, the Novogrudok Agricultural College will host the St. Elisha of Lavrishevo readings and an exhibition of Orthodox literature.

The Metropolitan already visited secondary school No. 7 in Novogrudok, talked to teachers who teach the fundamentals of the Orthodoxy. He also led a liturgy at St. Nicholas Cathedral. During his trip to the Novogrudok Eparchy the Metropolitan also visited several social facilities of the district, including the occupational therapy rehabilitation center.

St. Elisha of Lavrishevo Monastery is one of the oldest in Belarus. A legend has it that it was founded by Elisha, the son of Grand Prince Trojnat of Lithuania circa 1225. Little is known about Elisha himself. It is believed that Bishop of Turov Lavrenty baptized him and that before his death he bequeathed Elisha to build a monastery. It is also known that around 1250, on the night of 23 October (5 November), St. Elisha was assassinated by his young servant. In 1514, he was canonized.

The monastery founded in the 13th century by the Saint was a chronicling center in Belarus. About 1329 the famous manuscript of the Gospel was created there. The monastery included the churches of Holy Resurrection and Nativity of the Blessed Virgin Mary. In the 16th century, the monastery had a school and a rich library. Around 1530, the monastery was ravaged. The relics of the Saint were lost and not yet discovered.

In the late 16th century, the monastery was restored, but in a different place. Later, it housed the Uniate Seminary. In 1775-1780, the monastery was rebuilt, but was abolished already in 1836. In 1913, Earl Khrebtovich and priestly martyr Mitrophan of Krasnopolsk had a wooden temple built in honor of St. Elisha, and also a house for pilgrims. But in 1915, the church was burned, and buildings were destroyed.