Metropolitan Tikhon concludes archpastoral visit to the Diocese of Mexico

Source: OCA
Natalya Mihailova | 14 January 2016
His Beatitude, Metropolitan Tikhon began his archpastoral visit to the Orthodox Church in America’s Diocese of Mexico City on the evening of Thursday, January 7, 2016. 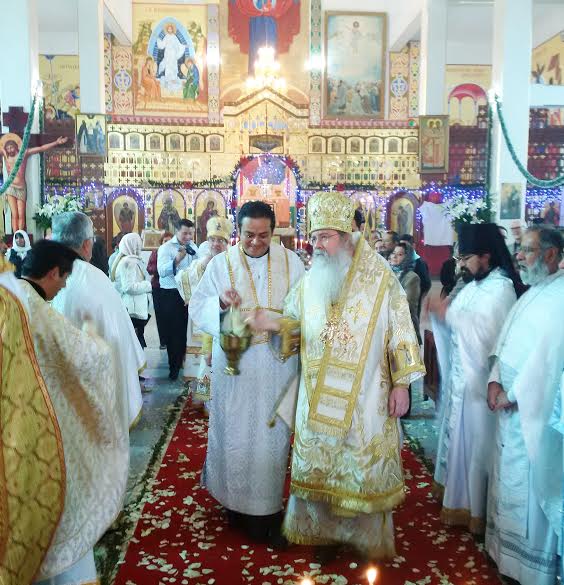 Metropolitan Tikhon and Archbishop Alejo bless the faithful after the Sunday Liturgy at the Cathedral of the Ascension.

His Eminence, Archbishop Alejo of Mexico City, accompanied by diocesan clergy and staff, welcomed Metropolitan Tikhon; Archpriest Eric G. Tosi, OCA Secretary; and Archdeacon Joseph Matusiak at the city’s airport.  Also part of the OCA’s official delegation was Archpriest Antonio Perdomo, Rector of Saint George Church, Pharr, TX.  A member-at-large of the Metropolitan Council, Father Antonio has for many years been actively involved in the Diocese of Mexico’s missionary efforts and serves as liaison to the Diocese of Mexico. 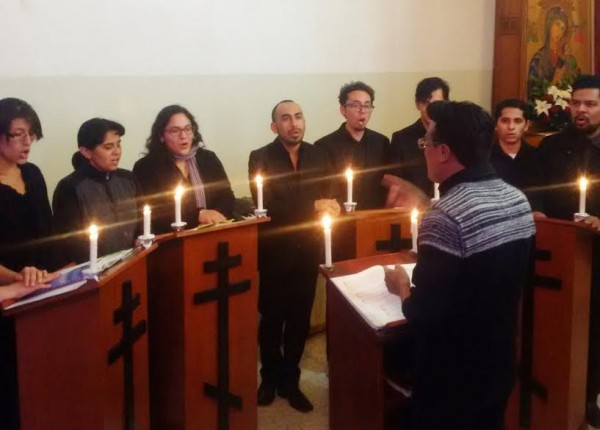 The cathedral choir sang the responses at Vespers and the Sunday Liturgy.

Archbishop Alejo updated Metropolitan Tikhon on the Diocese’s ongoing mission efforts and its relationship with the broader Mexican society.

After enjoying a luncheon with Archbishop Alejo and the Mexico City clergy on Saturday, January 9, Metropolitan Tikhon attended Great Vespers at the Cathedral of the Ascension.  At the conclusion of the service, he and Archbishop Alejo welcomed a procession of faithful from a neighboring Roman Catholic community in honor of the Magi.  For the Mexican faithful, the Theophany season not only marks the Baptism of Our Lord, but also incorporates the local commemoration of the visit of the Magi—the “Fiesta de los Reyes Magos” [Feast of the Three Kings].  The elaborate and festive procession, which featured floats, marching bands, fireworks, and men dressed as the Magi, paused at the cathedral entrance, seeking a blessing from Metropolitan Tikhon and Archbishop Alejo.

The highlight of Metropolitan Tikhon’s visit was the celebration of the Divine Liturgy at the cathedral on Sunday, January 10, after which the Great Blessing of Water was celebrated.  The faithful, who filled the cathedral, brought colorful containers of water for blessing.  Neighbors of the cathedral were delighted as a cross had been planted in the playground across the street from the cathedral, before which the faithful and area residents alike were blessed with holy water.  Later, gifts of food were distributed to grateful members of the local community. 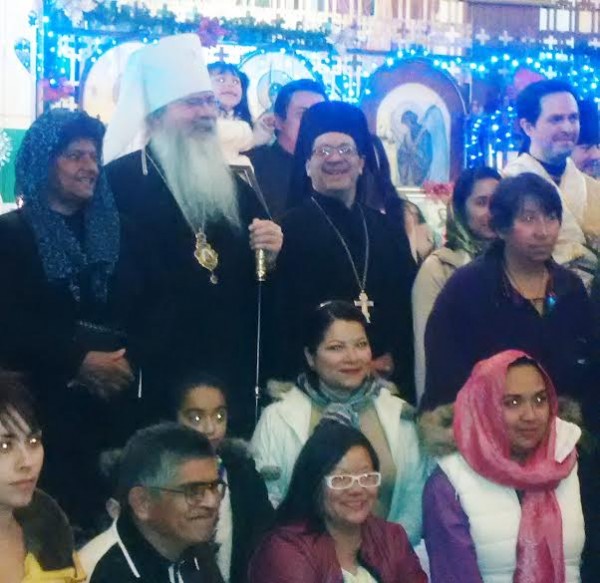 At the conclusion of the Liturgy, Metropolitan Tikhon presented the Order of Saint Innocent, Silver Class, to Archbishop Alejo “for his dedicated, tireless work in building up Orthodox Christianity in Mexico.”  He also presented relics of Saint Herman and an icon of All Saints of North America, which will be enshrined in the cathedral.  Archbishop Alejo presented a hand-painted icon of Our Lord to Metropolitan Tikhon as a memento of his visit.

Metropolitan Tikhon’s visit marked the 44th anniversary of the establishment of what today is the Orthodox Church in America’s Diocese of Mexico, which traces its origins to an early 20th century movement to establish a faith community distinct from the nation’s Roman Catholic Church.  The community continued as an “Old Catholic” body until Father José Cortes y Olmos was appointed its bishop in 1961.  He and his clergy gradually became convinced, through study and reflection, that the Old Catholic ecclesiological principles did not conform to the criteria of the One, Holy, Catholic and Apostolic Church. 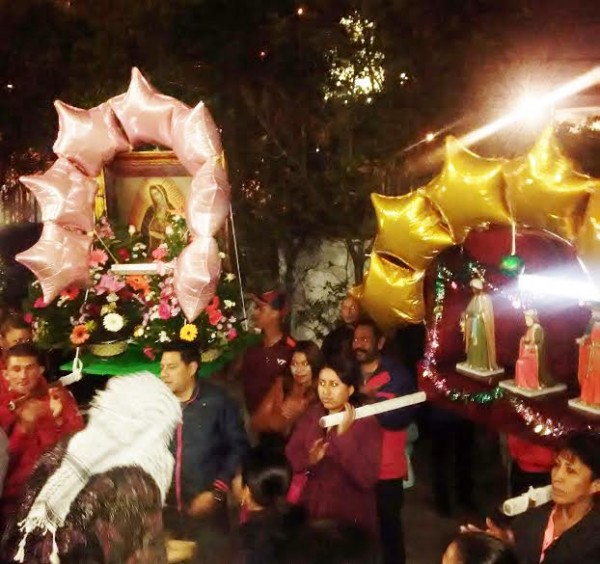 Street procession honoring the Magi pauses in front of the Cathedral of the Ascension.

In 1965, Bishop José and his clergy contacted the then-rector of Saint Seraphim Church in Dallas, TX, Father Dmitri Royster, who had been instrumental in converting many Mexicans to Orthodoxy and translating Orthodox liturgical services into Spanish.  After Father Dimitri’s consecration to the episcopacy in 1969 and the granting of autocephaly the following year, Bishop Dmitri presented the case of the Orthodox Church in Mexico to the hierarchy of the Orthodox Church in America.  As a result of numerous exchanges and visits, the Holy Synod asked Bishop Dmitri to visit Mexico officially and to report on his findings.  This report was studied by the OCA’s Department of Canonical Affairs, which recommended acceptance of the Mexican communities into the Orthodox Church.

In 1971, Bishop José petitioned for the acceptance of his community into the Orthodox Church in America.  He and other priests of his community, together with an estimated ten to twenty thousand faithful, were received into the Orthodox Christian faith.  Father José subsequently studied at Saint Vladimir’s Seminary, Yonkers, NY, prior to his consecration as Bishop of Mexico City, which took place at Holy Virgin Protection Cathedral in New York City on April 22, 1972.  Despite countless obstacles, what had become the Exarchate of Mexico continued to grow through the establishment of additional missions and conversions.

On January 28, 1983, Bishop José fell asleep in the Lord after a relatively short bout with cancer.  Archbishop Dmitri continued to oversee the life of the Mexican Exarchate until 2005, when a successor to Bishop José was found.  On May 28 of that year, in services celebrated at Saint Tikhon’s Monastery, South Canaan, PA, Archimandrite Alejo [Pacheco-Vera] was consecrated as an Auxiliary to Bishop Dmitri.  On October 16, 2008, he was elected as the Exarchate’s ruling Bishop and enthroned in the presence of the entire Holy Synod of Bishops at Mexico City’s Ascension Cathedral on January 18, 2009.  The Exarchate subsequently was granted full diocesan status.

In recent years, missionary efforts have intensified in the Diocese of Mexico, especially with the organization of short-term mission trips to San Esteban, Pisaflores and elsewhere.  An OCA mission team in partnership with the Orthodox Christian Mission Center is slated to minister in these remote Orthodox communities from March 26 through April 2, 2016.  [See related story.]