Mid-East Churches struggle, not against human forces but against the rulers of darkness

Source: Herald Malaysia Online
Natalya Mihailova | 16 September 2016
JORDAN: The struggle of Christians of the Middle East, in this tragic phase of their history, is “not against flesh and blood, but against principalities, against powers, against the rulers of the darkness of this age, against spiritual hosts of wickedness,” the Greek Orthodox Patriarch of Jerusalem, Theophilos III, said at the opening of the 11th General Assembly of the Middle East Council of Churches, in Amman, Jordan, on Tuesday, September 6. 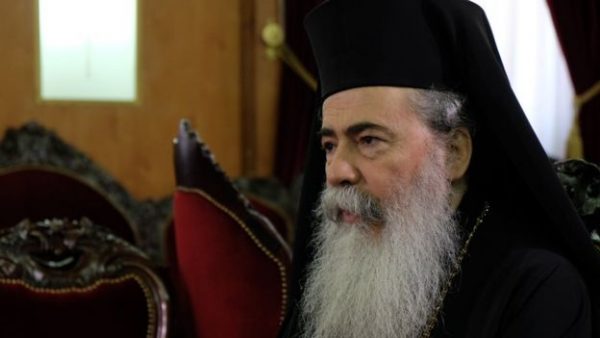 Twenty two leaders, or official representatives of Churches and Christian communities in the area, took part. The title of the summit, taken from Psalm 118, calls on Christians to be an instrument of mercy in that part of the world devastated by violence, injustices and conspiracies.

In his opening speech, Patriarch Theophilos, who leads the Council, said, “Given the current situation and the harsh conditions of the region, it is imperative that our attention is focused on the need to reduce human suffering and to protect the Christian presence. This is our responsibility, we should not and cannot expect others to do this for us, as spiritual leaders, we are obliged to do.”

Many stressed the urgent need to nurture the tradition of coexistence and dialogue between Christians and Muslims, to face together the disease of sectarian fanatics and find effective ways to assert the principles of full citizenship and equality of citizens before the law in countries of the Middle East. — ICN