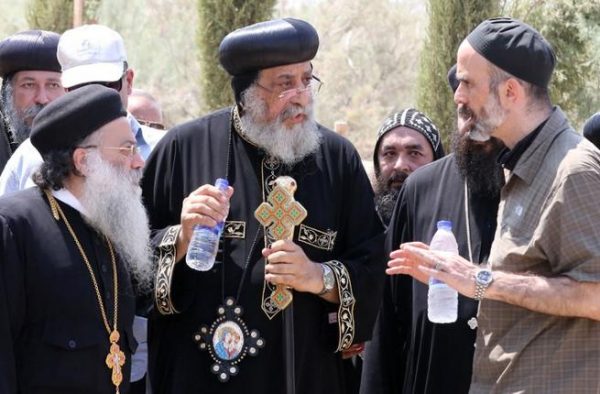 Ongoing atrocities in the region call for a unified ecclesiastical voice by Middle East churches as an instrument for entrenching peace, tolerance and acceptance, heads of regional churches agreed on Tuesday.

Churches of the Middle East, along with other regional players, can act as “agents of mercy” in the midst of injustices and “conspiracies” threatening people in this part of the world.

They made their remarks at the opening of the 11th General Assembly of the Middle East Council of Churches (MECC), which was hosted by Jordan for the first time.

During the opening of the three-day event, held under the theme “Give thanks to the Lord for He is good, His mercy endures forever,” heads of 22 regional churches along with the assembly members underlined the need to unify their voices against the “forces of evil”.

“The situation we face is unprecedented in our lifetime. Our response must not be the response of the cowardly spirit…our struggle is not against human force,” said Patriarch of the Orthodox Church of Jerusalem Theophilos III, who currently heads the council.

Quoting Saint Paul, he explained that the wrestle today is “not against flesh and blood, but against principalities, against powers, against the rulers of the darkness of this age, against spiritual hosts of wickedness in the heavenly place”.

“Given the present situation and the harsh conditions of the region, it is imperative that our focus be on the alleviation of the human suffering,” the Patriarch stressed.

On defying attempts to empty the region from Christians, he said the Middle East churches are “now summoned, individually and collectively, to assume fully and without reserve our responsibilities and moral obligations before our fellow human beings. Our task is first and foremost to work to protect the Christian presence. This is our responsibility, we should not and cannot expect others to do this for us, as spiritual leaders we are obliged to do so”.

Heads of the churches voiced their admiration of Muslim-Christian harmony in Jordan, which they said poses as a “unique” example in the middle of a chaotic region.

Participants in the event are discussing crucial themes related to the role of Eastern Christians in light of the difficult economic, political and social situation facing the region and its effects on the historical presence of Christians.

The council members are also looking into the organisation’s future message and the continuation of its urgent humanitarian services for the displaced.

In addition, the Muslim-Christian dialogue is a main feature in the discussions aimed to work out an equation that produces a tolerant discourse to mitigate religious tensions and bring about a culture of moderation, love, peace and full citizenship for all people residing in one country regardless of their religious and political backgrounds.

During its functions, the MECC will urge the international community to end the Syrian crisis as soon as possible and call for the return of the abducted Syrian civil and religious figures, including archbishops Yohanna Ibrahim and Boulos Yaziji, who have been missing for over three years now.

Since its foundation in 1974, the council has continuously sought to bring closer the theological and ideological views that led to the historic divisions among the churches, according to MECC’s literature.

It has managed to address inner divisions throughout the church’s ancient and modern history that led to many tensions and challenges, organisers have said, adding that MECC acts as a “historic turning point in the life of the churches of the region.”