Source: Independent Catholic News
The Christian community across Palestine has entered into a period of prayer and fasting for peace in the region.
Natalya Mihailova | 03 August 2014 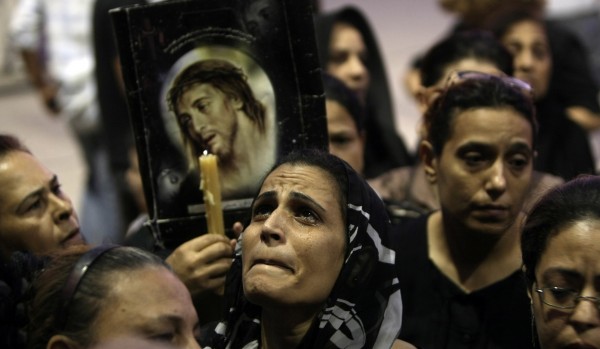 This evening,  Friday 1 August,  in the parish of St James in Beit Hanina a Mass for peace and for the end of the war was celebrated by Bishop William Shomali, Patriarchal Vicar of the Latin Patriarchate of Jerusalem.

In the afternoon, Father Mario Cornioli, a priest in Beit Jala, celebrated the weekly Mass under the olive trees of the Cremisan Valley and then together with the faithful recited the rosary in front of the Separation Wall built by the Israeli authorities.

On Wednesday, 30 July, Archbishop Maroun Laham, Patriarchal Vicar for Jordan of the Latin Patriarchate of Jerusalem, already celebrated a Mass for peace in the church of Our Lady of Nazareth in Sweifieh. “Tonight we are here”, said the Archbishop at the beginning of his homily “to pray for Gaza, Palestine, Iraq, Syria, Egypt and Libya. We pray every day, we are confident that our Father who is in heaven hears our voice and sees what is happening”.

Meanwhile in Egypt, the Coptic Orthodox Patriarch, Tawadros II called on Coptic Christians to join a 15-day fasting, from 7 to 22 August, calling for an end to the suffering of the people of Gaza. While the Catholic Churches in Egypt have already started fasting,  that will continue until the feast of the Assumption,  on 15 August, to ask the Virgin Mary to intercede on behalf of the suffering of the peoples of the Middle East, starting from Egypt.

Meanwhile, the Papal Foundation Aid to the Church in Need, in agreement with the Patriarch of Babylon of the Chaldeans, Louis Raphael I Sako, called on “all men of good will” to join the World Day of Prayer for Peace in Iraq proclaimed for next Tuesday, 6 August, on the feast of the Transfiguration.

The Chaldean Patriarch has also prepared and issued a prayer that all members of the initiative, wherever they are, will be able to recite on 6 August at noon, together with the Angelus.

“The Feast of the Transfiguration is a celebration of the metamorphosis of the hearts and spirit, in the encounter with the light of God’s love for humanity. May the light of Mount Tabor, thanks to our closeness, comfort and hope fill the hearts of all those who suffer. May the message of Tabor, through our prayers, urge the leaders of Countries to sacrifice their personal interests for the general interest of all”, said the Patriarch.