Source: CatholicCulture.org
Natalya Mihailova | 19 December 2014
A leading Russian Orthodox official told reporters that Christians in the Middle East are undergoing what is “effectively genocide” and that “only Russia and the Russian Orthodox Church are speaking about this tragedy out loud.” 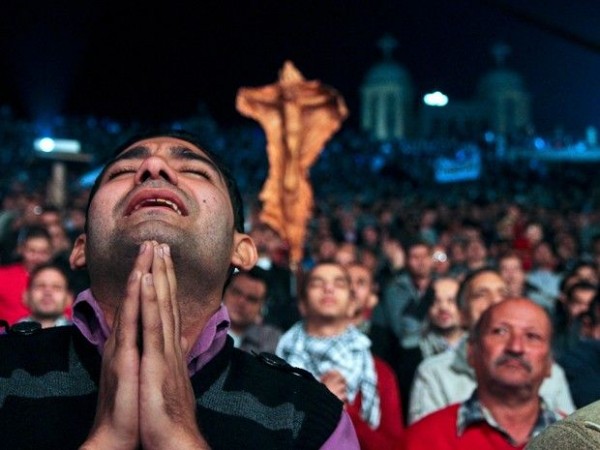 “The so-called Arab Spring, which has lasted for several years, has led to the violation of principal interreligious and interethnic balances that have been taking shape in the Middle East for many centuries,” said Metropolitan Hilarion, the chairman of the Department of External Church Relations of the Moscow patriarchate.

“Today radical and extremist forces have been rearing their heads and, cloaking themselves with religious slogans, commit hideous crimes: they kill people, cut off their heads, defile holy sites, destroy churches,” he added, according to an Interfax report.