Source: Belarusian News
Natalya Mihailova | 06 January 2015
MINSK, 5 January (BelTA) – The Belarusian Christmas Orthodox festival of batleika and puppet theaters Nyabyosy will be held at the Sunday school of Saint Elisabeth Convent in Minsk on 9-10 January, BelTA learned from the organizers of the event. 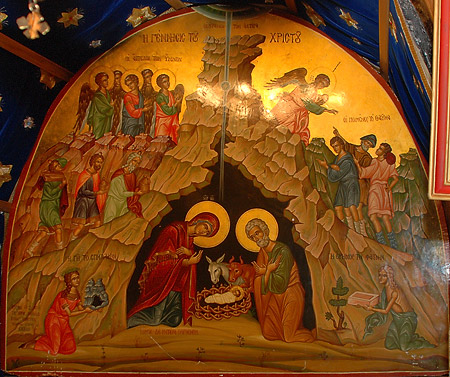 The festival will take place as part of the Christmas celebrations. Partaking in the contest will be eleven teams, including the professional theater studio Faith. Hope. Love at the Sunday school of the Church of the Icon f the Mother of God Vsetsaritsa (Lida), the Minsk Oblast Puppet Theater Batleika (Molodechno), the Batleika Family Theater (Minsk), etc.

The program of the festival includes specialized round tables, creative master classes, Christmas music performances. Organizers of the event will hold a charity campaign for children from orphanages and boarding schools.