Monarchy Is The Best Solution For Serbia – Aleksandar II Karadjordjevic 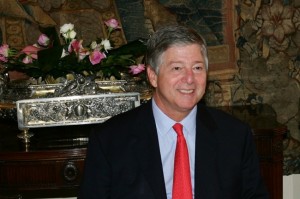 “There is no need to hold a referendum in which citizens would decide on the return of the monarchy, because my father Petar II Karadjordjevic was removed illegally and has never abdicated,” said Crown Prince Aleksandar II Karadjordjevic, “Telegraf” writes.

“The injustice can be corrected with justice. Image and international reputation of Serbia would be greatly improved. Stability, continuity and neutrality of the position of the head of the state and the unity would be established here, as is the case with Norway, Sweden, Denmark, Japan,…,” said the prince in an interview for “Dnevnik”, when asked what would change in the international position of Serbia in the case the people would decide to restore the monarchy in a referendum.

Aleksandar II Karadjordjevic, otherwise, says that he will remain neutral in the elections, which will be held on March 16, as he has always been.

“Political parties sometimes adapt their actions to current circumstances and some tiny caprice, ignoring the great ideas written in their programs,” he said, adding that in his deep conviction, a parliamentary constitutional monarchy would be the best possible solution for Serbia.

“With me on this issue agree not only members of the Crown, but many other prominent intelectuals, as well as ordinary citizens. I sincerely hope that Serbia will soon go down that road,” he said.

Crown Prince Aleksandar II Karadjordjevic said about his stay at the National Prayer Breakfast with President Barack Obama in Washington:

“Everyone were very friendly and very curious about Serbia and our region. Our country and the region are not well known. From time to time negative news appear and they always draw attention. As for the business and investing here, they mostly only ask, because we as a country are not taking organized steps, in order to present ourselves. We have to travel and promote investments in Serbia, and the target group should be potential investors, whom we would bring here and spoil with our hospitality.”