Monasticism as a Lived Experience 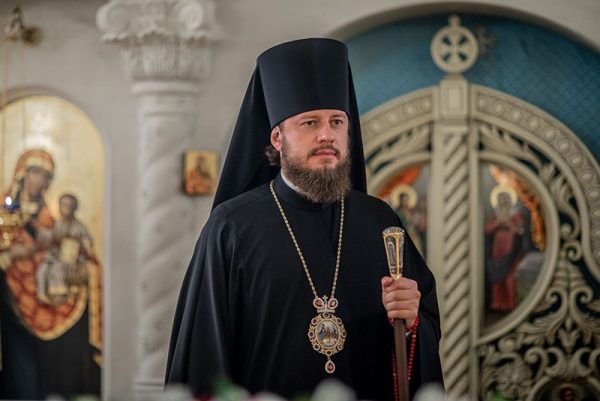 Archpriest Vladimir Kotsaba accepted monastic tonsure with the name Victor on 20 March 2015 at Kiev – Pechersk Lavra from Metropolitan Onuphry (Berezovsky), Primate of the Ukrainian Orthodox Church. In an honest interview a year later, Father Victor spoke about his sensations after his tonsure and his life as a monk. At present, Vladyka Victor is the bishop of Baryshev and vicar of the Kiev Episcopate.

– Did you expect to be tonsured with the name Victor? In honour of which saint did you receive this name?

– The saint is the Holy Martyr Victor of Damascus. I had an idea of what the name could be, but I had no preferences. What mattered the most to me was not the name, but the tonsure for which I had been preparing myself for many years; the realization of the deep and fundamental changes that this would bring to my life.

– Under the existing rule, a new monk does not leave the church for three days after tonsure. Did it apply to you as well?

– Certainly, as to all the others. The tonsure was performed on Friday night in the Cave Church of Saint Theodosius of Pechersk in the far caves. I took my vows together with a student of the religious academy, Father Agathador. We stayed inside the Academic Church of the Nativity of the Theotokos until Sunday, but throughout these days we enjoyed the care and attention of many people. We had visits from students, monastics, teachers and the rector. We spent our time in the continuous reading of the Psalter. At midnight, we celebrated the midnight office with lighted candles, and our hearts and the singing of the hymns filled our hearts with a remarkable feeling of piety, awe and trembling. On Sunday, we took communion at the liturgy and could finally take off our Klobuks. We had to keep wearing them on our heads until that moment. When we finally removed the headgear, we felt as if we had been born again – wearing a Klobuk for so long takes a lot of endurance. Incidentally, monks often wear oversized Klobuks for their tonsure to minimise the chances of a headache and make it less painful for their ears. The new monk can leave the church only after saying the prayer for the removal of the Klobuk.

– How did you feel after your tonsure?

– All tonsured monks feel great inspiration, a wave of energy and enthusiasm emanating from God. They have the sense that God has shielded them from all their passions and temptations. However, this sensation does not last very long. We are all sinners, and eventually, our pure souls and hearts will be darkened by sin. Yet we must not despair. I remind myself of these words of schema-Archimandrite Joachim (Parre), a modern ascetic and father superior of a monastery near New York, “Monasticism is when a person falls a hundred times on a day and rises as many times.” As monastics, we are called to keep steady progress, rise when we fall and improve. Monasticism is hard work filled with multiple temptations, but the Lord gives us the strength to persevere. As every believer will recognize, we cannot rely only on our capabilities to follow through. We must depend and trust in God’s will and His all-powerful assistance; only by living according to the Gospel can we achieve salvation for our immortal souls.

– Some say that no one can understand a monk better than another monk. Do you agree? Have you experienced it?

– There is little doubt that laypeople will have difficulty understanding a monk and their inner state in most cases. Living in the world as a family man is very different. A monk has nobody else but God. I remember the answer of one of our archpriests whose mother asked him before his tonsure if anyone would bring him a glass of water when he grows old. He came to his mother with his spiritual father, who explained to her that the Lord will send a person, who has chosen Him, someone to bring him a glass of water and much more. That was not something a monastic should worry about. I realized that before, but only as a monastic did I lived the truth of it. With His blessing, things happen quickly and easily. God helps, and so do His angels. That is something no monk should forget, as all monks must strive to live according to His blessing. 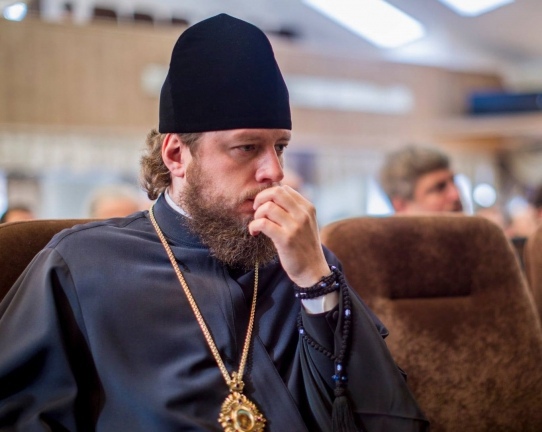 A promise to God

– What is the main promise that a monastic ever makes to God?

– A monastic promises to God to live in purity, non-possession and obedience. These are the three pillars of monastic life. Someone who surrenders his will to fulfil the vow of obedience will find their monastic life a lot easier. Doing one’s will often produces a substandard result. Even when doing everything right, one cannot avoid the feeling that something is missing. Obedience is the foundation of monastic life.

– Have you ever experienced loneliness? Has becoming a monastic made your loneliness worse?

– I remember a conversation that I had with Metropolitan Vladimir (Sabodan) of blessed memory. It was about our life choices. I was twenty-three years old then. I shared my perception with him that a monastic may destine himself to a life of loneliness. Vladyka told me not to worry because I would never be alone as a monastic. God will always be with me, and He will send the right people for each stage in my progress. I still remember his words, and the emotion and the expression on his face as he said them. Ten years later, I find these words to be prophetic. God directs to me a fair number of fine people and helps me see many of them in a new light. People should remain in touch with other people. Yet the most important thing for any man is a harmonious relationship with God.

– Have you had to give up any habits as a monk? What were some of the things that you left behind in your worldly life?

– As a monk, I realized the importance of self-discipline. Having a clear sense of perspective is essential. After my tonsure, Metropolitan Anthony (Pokanich) gave me a copy of Ignatius Bryanchaninov’s “Lives of the Holy Fathers” and wrote on it with his hand, “Always remember your monastic vows.” Every monastic should view this advice as central to their lives. By coming off guard even for a short while, we diminish our ability to recognize when we fall. When our fall happens, we wish that we had realized it earlier. There will always be temptations, for the life of all monastics is a constant struggle with themselves and their motives. A monastic must always remain in control. I am always mindful of the words of our primate Metropolitan Onuphry, “We must always be demanding of ourselves and merciful towards others.”

– How do you resist the disposition to self-pity?

– When I examine my thoughts and actions, I never pity myself. I never blame others, I look for my own fault. Sometimes, I am tempted to find excuses, but I always fight with all such thoughts. In the complex web of human relationships, the enemy always looks for ways to sow misunderstanding and hostility that would eventually evolve into anger and bitterness. One should never engage with adulterous thoughts but chase them away.

Challenges are essential to any person, especially a monk

– What would you say to someone who decided to become a monk? How might they challenge themselves? How would they tell a youthful inclination from a serious intent to become a monastic?

– My first advice will be not to rush it. Becoming a monastic should be a well-considered choice. Listen to yourself. If someone is destined to become a monk, God will lead them to monasticism eventually.

– Have you always been drawn towards monasticism?

– Since my youthful years, I have always viewed monastics with great awe; in my eyes, they were special people who did not belong to this world, but the kingdom of heaven. I have always had great respect for monks with deep spiritual experience, sober minds, the ability to keep their word, protect their church and raise its standing in society. I always had before my eyes the image of a learned monk. I find it providential that God has led me to become one of them. Every day, I am working towards the vision of monasticism that I have had ever since my youth. 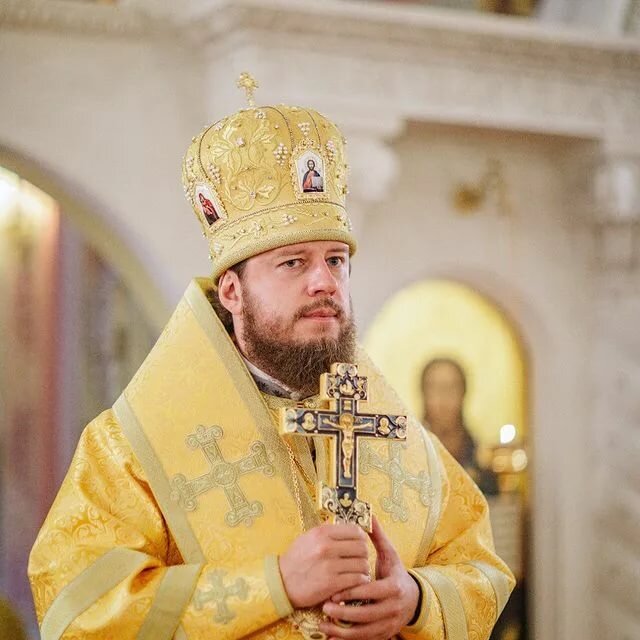 We are living our unique and different lives, and we cannot avoid making mistakes. While it is better to learn from the mistakes of others, sometimes it is best to live, experience and learn from your errors. That way, you will be in a position to share your learning with others, to support your theories with practice and to substantiate your advice.

Be prepared to accept gratefully all the sorrows and tribulations that God may send to you. For when we have no difficulties, we tend to relax and distance ourselves from our Creator. Everyone needs a challenge, but monks especially. The experience of falling and rising is at the core of the monastic experience, and our way to know God. As we learn and acquire new experiences, we should always remember to share our learning with others.

Prepared by Anastasia Parkhomchik
Translated by the Catalogue of Good Deeds.