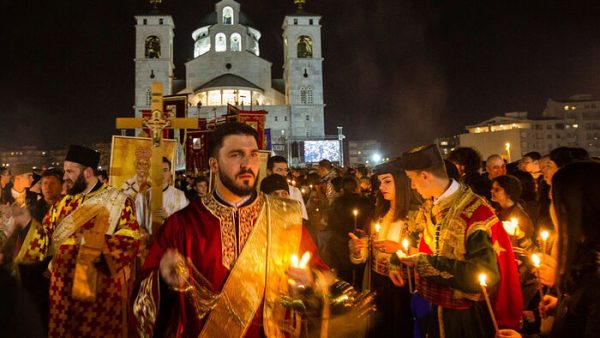 Montenegrin Parliament officially adopted amendments to the controversial “Law on Religious Freedom” on Tuesday, putting an end to the anti-Orthodox persecution envisioned by the previous ruling government.

Prime Minister Zdravko Krivokapić hailed the vote as a “victory for the rule of law and the people who defended the state on the streets for 12 months,” referring to the large-scale cross processions that swept the nation after the controversial law was adopted late last year.

41 out of 81 deputies voted for the amendments, the text of which were previously approved by the government. The opposition refused to participate in the vote, reports RTCG.

Representatives of the Serbian Orthodox Church in Montenegro, including His Grace Bishop Joanikije of Budimlja and Nikšić, the administrator of the Metropolis of Montenegro since the recent repose of His Eminence Metropolitan Amfilohije, earlier announced that they were pleased with the proposed amendments.

Under President Milo Đukanović and Prime Minister Duško Marković, the government planned to use the “Law on Religious Freedom” to seize property from the Serbian Orthodox Church, claiming it belongs to the Montenegrin state. In adopting the amendments, the new government, which came into power on December 4, fixed this lamentable situation.

“Despite the obstacles and violations of the Constitution, the Montenegrin Parliament adopted amendments today to the Law on Religious Freedom. Thus, a year later, the injustice that the former regime wanted to commit, especially against the Serbian Orthodox Church, considering it as property of Montenegro, was corrected,” wrote the Prime Minister.

Now, all religious communities are equal before the law, he added.

While hundreds of thousands of Montenegrins protested against the persecutorial law, there are also those who supported it. On Monday, several thousands gathered outside the parliament building in Podgorica, protesting the proposed amendments. They waved Montenegrin flags and chanted slogans such as “treason,” and “This is not Serbia.”