Montenegro Hierarchs: the Fight for Religious Freedom Is Not Over Yet

Politicians are expected to sign the Fundamental Treaty between the state and the Serbian Orthodox Church.
Pravmir.com team | 03 February 2022 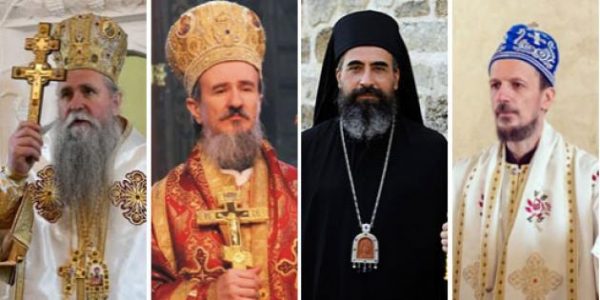 Hierarchs of the Serbian Orthodox Church in Montenegro addressed the faithful and the public with a statement on the current situation of the SOC in the country. The document was adopted during a fraternal meeting between Metropolitan Ioanniky of Montenegro and Primorsk, Bishop Atanasije of Mileshevo, Bishop Methodius of Budimlyansk-Niksic and Bishop Dimitry of Zahumlje and Herzegovina.

“We, the hierarchs who signed below, will follow Christ the Savior together with our clergy and the faithful, following St. Basil of Ostrog and St. Peter of Cetinje, and we will not divide the people entrusted to us by God according to party affiliation, but we will, as we have done before, build the Church and create unity of our people in the holy Orthodox faith and in the communion of the Holy Spirit. Wishing every person to gain complete freedom of thought and conscience, and especially freedom from sin, we respect the differences in national self-expression and party affiliation and believe that, despite differences, we should all work for the common good and choose honest dialogue instead of quarrels and strife. Such honest dialogue will solve problems in the best way and achieve the desired harmony, unity of the people while respecting all the differences mentioned,” reads a statement published on February 2, 2022 on the official website of the SOC.

As the hierarchs noted, the struggle for religious freedom is not over yet, and the Serbian Orthodox Church in Montenegro has been “tolerating disgusting slander and injustice from the former regime” for decades, whose political representatives, after the defeat in the elections in 2020, “sow hatred and intolerance towards our Church”.

“Because of the injustice we still suffer today from the remnants of the former regime, we do not see a solution to existing social problems either in the return of the former government or in support for the authorities from minority groups. How, dear brothers and sisters, can those who threaten new persecutions of the Church, deportation of priests, and removal of sacred objects solve accumulated social problems and apply the norms of a civilized society? Do you notice how today they meekly and kindly present the Denyen gifts to the people of Montenegro, who defended their shrines from them?” the authors of the statement ask.

The hierarchs stressed that the victory over the atheist regime on August 30, 2020 did not bring Montenegro a solution to the problems that had matured in society, and yet it is a great democratic turning point. Now politicians who have come to power are expected to make a common decision that will ensure the signing of the Founding Treaty between the state and the Serbian Orthodox Church. This would help to reduce tension in Montenegro and achieve equality of all religions in the country, the Montenegrin archpastors believe.

Note that the signing of the Founding Treaty between the Serbian Orthodox Church and the state of Montenegro was announced several times by the Montenegrin authorities, but has not yet taken place.