A Monument to St. Sergius of Radonezh Has Been Erected in Cherkessk

Source: Pravmir.ru
Archbishop Theophylact of Pyatigorsk and Cherkessk consecrated the sculptural image of St. Sergius.
Natalya Mihailova | 16 May 2014
PRAVMIR. On May 10th, 2014 took place the opening ceremony of the St. Sergius of Radonezh monument in the St. Sergius Orthodox school in Cherkessk. 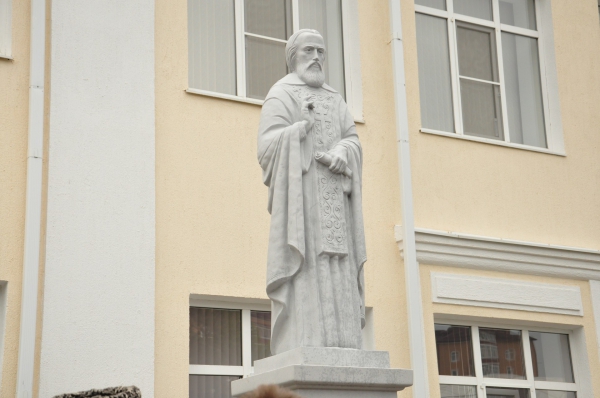 The opening of the monument marked the beginning of the procession in the diocese in honor of the 700-year anniversary of St. Sergius, noted the website of the Pyatigorsk diocese.

Archbishop Theophylact of Pyatigorsk and Cherkessk consecrated the sculptural image of St. Sergius and donated to the school “Bible Stories” books, which were published within the series “Family Reading”.