Monument to Saint Simeon the Myrrh-Gusher Installed in Belgrade

It took Serbia eight centuries to erect a monument to the founder of the state.
Pravmir.com team | 27 December 2020 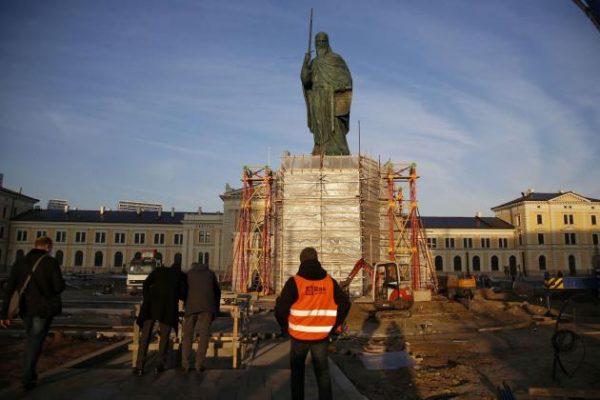 On December 25, 2020, the installation of a monument to the Great Duke of Serbia, Stefan Neman, who at the end of his life accepted monasticism and was later glorified as Saint Simeon the Myrrh-Gusher, was completed on the Savskaya Square in Belgrade. The giant monument, created by the sculptor Alexander Rukavishnikov, was officially handed over to the residents of the Serbian capital in the Old Palace.

“Today is a great day for Belgrade and Serbia! The monument to Stefan Neman has been finally completed and handed over to the Serbian people,” said Belgrade’s Deputy Mayor Goran Vesic on his Facebook page.

According to Vesic, it took the country eight centuries to erect a monument to the founder of the state and the saint, whose miraculous relics have been resting in the ancient Serbian monastery of Studenica since 1200.

The administration of Belgrade began the installation of the majestic monument in May 2020. The height of the monument is 23 meters, it weighs 80 tons. The appearance of the saint was restored according to medieval icons.

The official opening of the monument is scheduled for January 2021.