Source: Pravmir.ru
Natalya Mihailova | 08 November 2014
November 7, 2014. A monument to the Venerable Martyr Grand Duchess Elizabeth Feodorovna Romanova was unveiled in the Almaty Diocese on November 3. The event is associated with the 150th anniversary of the saint's birth. 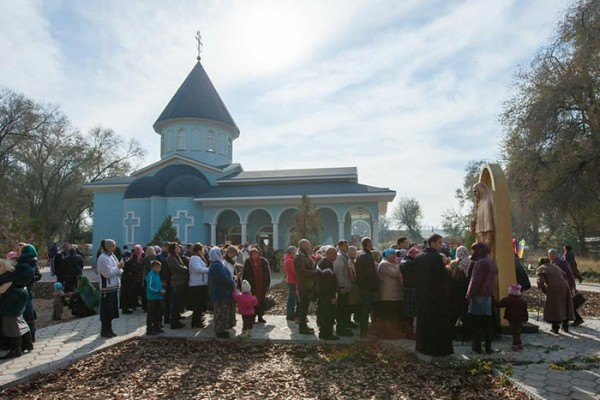 The “Orthodoxy in Kazakhstan” website has reported that the monument was constructed on the square in front of the only church in honor of the Holy Royal Martyrs in the village of Klyuchi (Karabulak) in the Talgar district of the Almaty region in Kazakhstan. 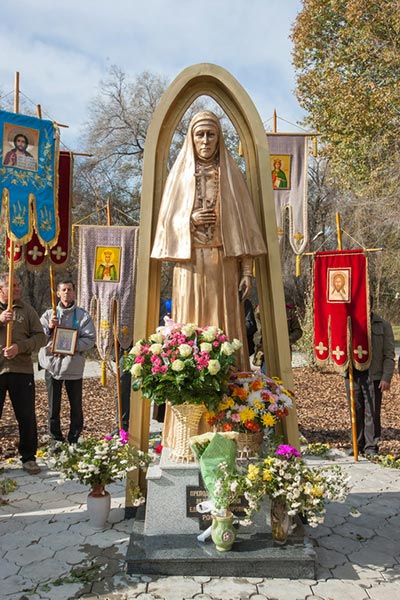 The monument represents a slightly altered copy of the monument to the Venerable Martyr Elizabeth at the St. Martha-Mary Convent in Moscow. It was made of bronze by the “Versal” company in Kazakhstan. Construction lasted for two years. 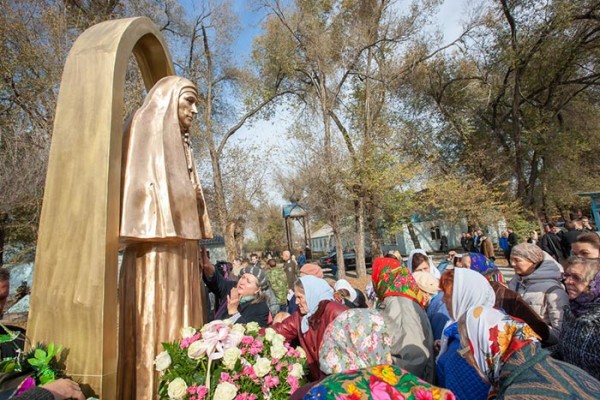 The church in honor of the Holy Royal Martyrs in the village of Klyuchi is a smaller version of the church in honor of the Protection of the Most Holy Theotokos in the city of Oreanda in the Republic of Crimea, which is connected with the misfortunes of the Royal House of the Romanovs. The Holy Righteous John of Kronstadt served in the Protection Church in Oreanda, in which the Venerable Martyr Grand Duchess Elizabeth Feodorovna prepared and received Holy Communion.