On first appearance, Dispassion seems to be a negative quality; we tend to associate it with coldness, lack of emotion or concern, and even inhumanity. A closer look at this word, however, reveals something deeper in its meaning. “Dispassion” is a Latin rendition of the Greek word “apatheia,” which is the negative form of the word for “suffering.” To be dispassionate, then, means literally “not to suffer.”
Priest Richard Rene | 16 March 2010 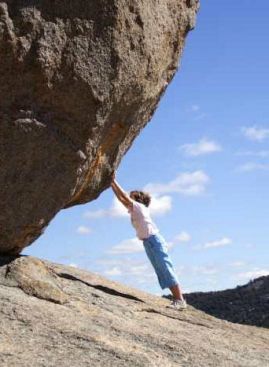 On first appearance, Dispassion seems to be a negative quality; we tend to associate it with coldness, lack of emotion or concern, and even inhumanity. A closer look at this word, however, reveals something deeper in its meaning. “Dispassion” is a Latin rendition of the Greek word “apatheia,” which is the negative form of the word for “suffering.” To be dispassionate, then, means literally “not to suffer.”

But let’s take this a little further. Originally, “suffering” referred to the condition of being subject to something beyond our control. We still hear vestiges of this meaning in phrases like “Bob suffered a heart attack.” It’s not just that Bob’s heart attack was painful; more accurately, the heart attack came upon him and there was nothing he could do about it.

When I drop a pencil on the floor, it “suffers,” not because it “hurt itself” on impact, but because it could not resist the force of gravity that pulled it inevitably downward. Suffering is slavery to something outside ourselves, whether it is a force like gravity, a dimension like time, or a condition like a heart attack.

Holding this definition in mind, then, we can say that dispassion—lack of suffering—is the quality of not being enslaved to external impulses. When acted on by an outside agent, we do not simply react, like a pencil drawn downward by gravity, but remain fundamentally in control of our response to the situation.

Here’s another story from the Eastern Orthodox tradition to illustrate.

There was an elder living in the desert. One day, a young man came to visit him and asked, “Abba, what can I do to be saved?”
The old man thought for a moment, then said, “Go to the cemetery and curse the gravestones.”
The young man was puzzled, but he obeyed. He went to the cemetery and shouted the worst curses he could imagine at the gravestones. When he returned, the Elder said, “Now go back and praise the tombs to the sky.”
The young man again obeyed, feeling rather foolish. When he returned the second time, the Elder asked, “Now tell me: when you yelled curses at the graves, what did they say?”
“Nothing,” the young man replied, still not knowing where this was going.
“And when you praised them, what was their response?”
“Nothing, Abba. They were silent.”
“If you would be saved,” the Elder said, “you must become like the gravestones, being moved neither by men’s curses nor their praise.”

In this story, the Elder was not suggesting that the young man become void of feeling, his heart as hard as a gravestone. He would certainly say that emotions are an integral part of who we are, and that to deny them is to deny our very humanity.

Rather, the Elder was exhorting his protйgй to become free from enslavement to external forces. However good or bad something may feel, he is suggesting, you cannot allow that feeling to control how you respond. Having a feeling is perfectly natural and good; being controlled by that feeling is something else entirely.

It comes down to this: if someone behaves like a jerk and I feel like punching his lights out, do I act on it? Or do I heed the Psalmist’s advice: “Be angry, but sin not; commune with your own hearts on your beds, and be silent” (Ps. 4:4)? When someone hurts me unjustly, do I react as my feelings would dictate, or do I follow Jesus and say, “Father, forgive them; for they know not what they do” (Luke 23:24)?

The right choice seems clear. And yet our society would have us follow our feelings blindly, making choices according to our least whim and impulse. Advertisers count on precisely this kind of reaction when they bombard our senses with their sounds and images. Faced with such an onslaught, dispassion is the answer.

Indeed, I would go even further and say that acquiring dispassion is the most important and urgent challenge of the spiritual life. If we want to mediate true spiritual healing in this world of ours, each of us needs to seek freedom from those forces—biological, psychological, emotional, social, national, ideological and even religious—that would subject us to their wills and ultimately, pit us against one another.

When something comes into our orbit and threatens to throw off our equilibrium—whether towards the negative or the positive—we cannot allow it dictate our actions or reactions. Instead, we must offer everything—however bad or good it feels—to God, allowing Him and Him alone to measure our best response.

In the remaining days of Lent, therefore, I pray you would strive towards acquiring a greater measure of dispassion, for in this attitude you are guaranteed to find the key to inner peace, freedom, and a truly happy existence.