Source: Pravmir.ru
At the end of December 2013, the Patriarch of Moscow and All Russia Kirill blessed the church’s foundation.
Natalya Mihailova | 31 August 2014
PRAVMIR. August 29, 2014. “Moskomekspertiza” has endorsed the project to construct a church in honor of the Russian New Martyrs and Confessors on Blood in the Sretensky Monastery on the Lubyanka. 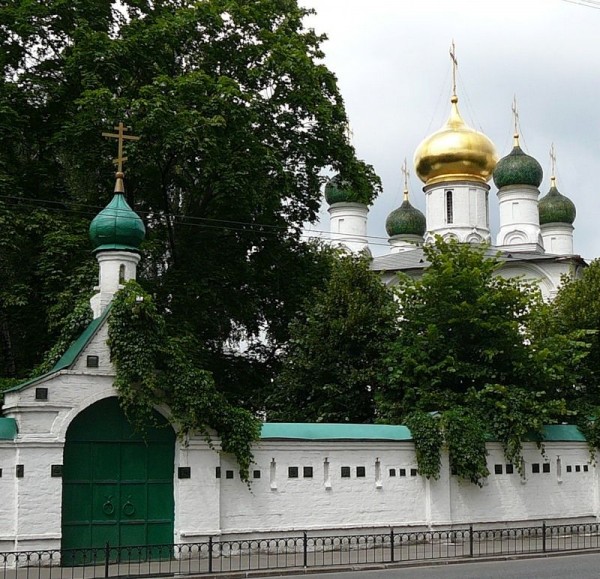 “Moskomekspertiza” endorsed the project to construct a church in honor of the Russian New Martyrs and Confessors on Blood in Sretensky Monastery on the Lubyanka, relates Interfax-Religion.

In addition to the church’s construction, it is also planned to carry out a reconstruction and restoration of two buildings, located on the monastery’s territory. Commission of the newly constructed and renovated buildings will be performed at the same time.

To make it more comfortable for the faithful to attend church services in the winter, there will be a special snow-melting system at the church’s main entrance. For parishioners with disabilities, a barrier-free environment will be created, as well as unimpeded access and movement to the small and main churches.

In the course of the examination, the draft adjustments are being made: in particular, construction time has been reduced to 22 months. Upon completion of construction, landscaping of the surrounding areas will be carried out.

At the end of December 2013, the Patriarch of Moscow and All Russia Kirill consecrated the church’s foundation. As underlined the Primate at the service, the future church will not only perpetuate the memory of the repression’s victims, but also serve as a warning against repeating mistakes of the past.

In the spring of 2011, Patriarch Kirill called for the perpetuation of the memory of those who died for the faith during the persecution of the Church. It is planned to consecrate the church in February 2017. In the church’s basement it is being planned to open a Museum of the New Martyrs.