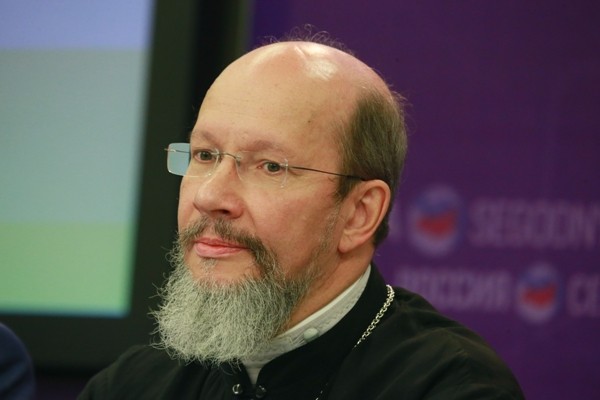 The discussion started with the words of the Constantinople archbishop who made it clear that all decisions taken by the inter-Orthodox Council on Crete would be compulsory for all Orthodox Churches, including those who did not participate in it.

“You come from a democracy. Everyone can vote. Now some people choose not to vote. Does that mean you don’t live in a democracy?” Archbishop Job of Telmessos said resuming the results of the session on Friday answering the question of a Russian journalist.

“I understand that atmosphere on Crete is tense and it is tiresome to talk to journalists. But I believe comparing a Church Council to the democratic procedure is not successful and hardly relevant when voiced by the Council speaker,” deputy head of the Department for External Church Relations of the Moscow Patriarchate Archpriest Nikolay Balashov toldInterfax-Religion.

“There has not been democracy in the Church from the first centuries, and there won’t be,” he said, explaining that democracy is the rule of people, and power in the Church “belongs to God.”

The priest says that “if church rules are examined for their correspondence to democratic norms, there will be great embarrassment.”

“Any respected democrat will ask Archbishop Job for what term he is elected and when his term expires. From democratic point of view any unchangeable power is bad. And we do not employ women as bishop, it is not democratic at all,” the Russian church official said.

He reminds Constantinople opponents that several percents of advantage is a convincing victory in democratic election, the way it was with Brexit also discussed at the Crete press conference.

“Church has quite different mechanisms of decision-making,” the priest stressed reminding the words of the first Apostolic Council “It seemed good to the Holy Spirit and to us…”

“In order bishops can put it this way, unanimity, common accord is needed,” the interviewee of the agency said.

The heads of ten of 14 Orthodox Churches took part in the assembly, which should have become the Pan-Orthodox Council and was held on Crete on June 20-25.

Bulgarian, Antiochian, Georgian, Serbian and Russian Churches called for postponing the Council in order to settle the disagreements and finalize its draft documents. However, the Constantinople Patriarchate has rejected the initiative and insisted on it be held within the set timeframe. As a result, the Churches, who represent the minority of the episcopate, clergy and believers of the Orthodox world, participated in the forum.