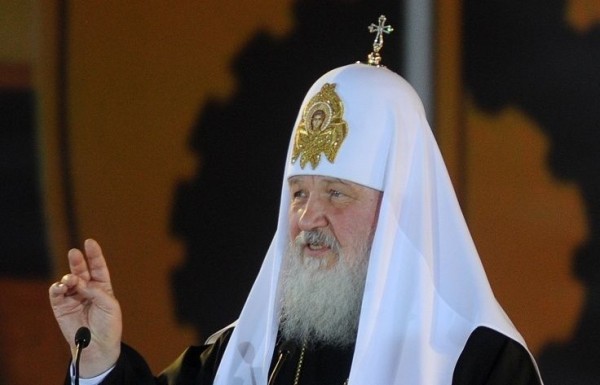 “The tragedy in Syria and the tragedy in Iraq has turned into a huge grief for the Christian population of those countries but Moslems are suffering, too, and on the scope or their sufferings is even bigger,” Kirill I said.

“Still, since the Christian population constitutes a religious minority in these countries, its elimination may bring about a full disappearance of Christian presence in the Middle East and that’s already a civilizational disaster,” he said.

“On the background of what’s happening now, the position taken by the Syrian state, the position of the Syrian people, which doesn’t stop its struggle for independence, has an especial significance,” Kirill I said.

“We support your people and express solidarity with your personal mission,” he said. “We hope the war will end in the short term and durable peace will be established.”

Sheikh Ahmad Badreddin Hassoun said on his part “there are no minorities on the religious plane” for spiritual leaders and “all people are equal” for them.

He also said had been looking forward to a meeting with the Moscow Patriarch for many years.

“I do hope we’ll also meet at a conference in connection with the horrible events that are happening in our country,” Syria’s supreme mufti said. “We do need a conference of this kind because the events unfolding in Iraq, Syria and Ukraine will spill over to other countries.”

He thanked Kirill I for humanitarian aid to the people of Syria and conveyed to him the greetings from President Bashar al-Assad.

Most viewed articles
“Do Not Weep”145
Best Films of the Pokrov Film Festival Have Been Determined129
Christ the Life Giver126
(VIDEO)Celebrating 5 years of Byzanfest International Orthodox Film Festival78
Patriarch Kirill Answers Questions from Participants of the Ninth Faith and Word Festival72
The Religion of Self72
“He preached the message of the Resurrection for 12 years”: First Bishop of Deva Gurie Georgiu laid to rest at Cathedral of St Nicholas18
Using Our Time Wisely to Cultivate the Seeds of Faith2
Most popular authors
Pravmir.com team279
Archpriest Peter Olsen145
Fr. Theodore Stylianopoulos126
Fr. Gabriel Bilas72
Aurelian Iftimiu18
Priest Luke A. Veronis2