Source: Pravmir.ru
Rescuers soon extracted the two wounded firefighters, who were immediately transported by helicopter to General Military Hospital 424 in Thessaloniki. The monk was found dead.
Natalya Mihailova | 09 September 2014
PRAVMIR. September 8, 2014 . On Mount Athos, Monk Athanasius of Hilandar Monastery fell into a precipice while hurrying to aid firefighters that had gotten into a car crash. 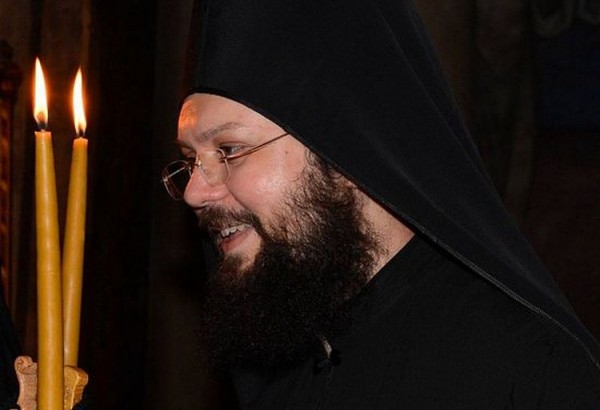 The tragedy occurred at about 8 AM, when a fire truck with two firefighters took the road on Mount Athos to complete their ordinary daily duties, Russian Athos related.

During their patrol, because of an unsettled road, their car got stuck in the difficult mountainous terrain near a chapel of the Hilandar Monastery, resulting in the two firefighters being seriously injured.

Learning of the incident, one of the Athonite monks from the Serbian monastery of Hilandar rushed to the scene by car to help the victims but, coming just 100 meters from the scene, he plunged into the precipice after the car skidded on shaky ground.

Rescuers soon extracted the two wounded firefighters, who were immediately transported by helicopter to General Military Hospital 424in Thessaloniki. The monk was found dead. He turned out to be the youngest monk of Hilandar: Monk Athanasius.

Most viewed articles
COVID Directives From His Eminence Metropolitan JOSEPH207
The Wrath of God According to St. John Chrysostom167
Moses and the Ten Words147
New Film about Orthodox Christian Vision on Climate Change129
In Church and at Home: Liturgical Resources for Great Lent89
Why We Pray For The Dead65
Metropolitan Joseph Meets with Metropolitan Tikhon of the Orthodox Church in America24
Georgian PM condemns “unprecedented attack” against Patriarch Ilia and the Orthodox Church20
Radical-liberal view on human rights is not the sole possible opinion1
How Will We Be Judged?1
Most popular authors
Archbishop Joseph of New York and Metropolitan of All North America207
Archpriest Michael Gillis167
Pravmir.com team153
Archpriest Lawrence Farley147
Peter Samore89
Priest Luke A. Veronis65
Aurelian Iftimiu20
Fr. James Guirguis1