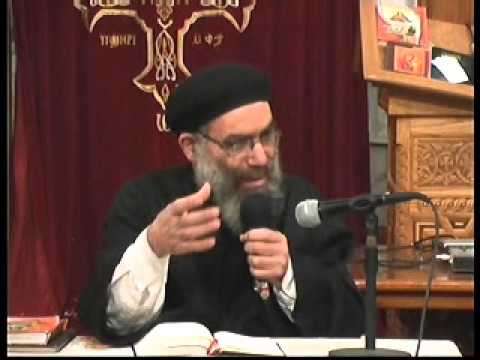 “It was not the first attack on a Christian priest. The murder committed by the terrorists is in the sequence of other crimes targeting the civil population of North Sinai and aimed at frustrating the efforts that the Egyptian people make to fully restore peace in their long-suffering land,” the patriarch said in his letter of condolences to Coptic Patriarch Tawadros II.

Patriarch Kirill as cited by his press service, is “convinced that these efforts will be crowned with success, because the ideology of killing and destruction will never be able to lay for itself a strong foundation in society.”

The Coptic priest was shot in the end of June in the city of Al-Arish. Terrorist group Islamic State (banned in Russia) took responsibility for the crime.

Most viewed articles
Living with Cunning People135
When Apples Are Sometimes Oranges88
The Tree Heals the Tree70
The Synodal Residence in New York hosts the Council of Bishops of the Russian Orthodox Church Outside of Russia59
The work of the Church in society is quiet, but full of hope and love, says the Director of Lumina Publications56
Patriarch Kirill: The Church Prays for the Fraternal Strife to End as Soon as Possible49
Besides intellectual instruction, young people also need prayer, Patriarch Daniel says as new academic year begins28
Voluntary Blood Donation Takes Place in Churches in Serbia26
Most popular authors
Fr. Andreas Agathokleous135
Pravmir.com team134
Archpriest Michael Gillis88
Archpriest Stephen Freeman70
Ștefana Totorcea56
Aurelian Iftimiu28