The Muslim who gave up his life for Mosul’s Christians 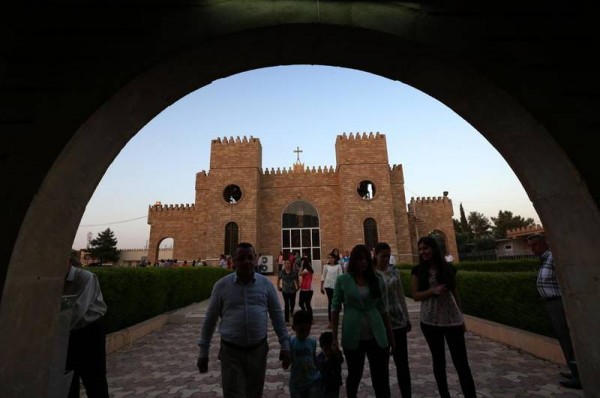 He refused to keep silent about the violence agaist Mosul’s Christians  who are forced to choose between converting to the Muslim faith, paying the jizyah (the Islamic tax for non-Muslims) or fleeing. Professor Mahmoud Al ‘Asali, a law professor who lectures on pedagogy at the University of Mosul, had the courage to make a stand against this brutal duress which he believes go against the Muslim commandments. But he paid for this gesture with his life: he was killed by ISIS militants in Mosul yesterday.

Chaldean website ankawa.com – one of the news sources that offers the promptest updates on the inferno Christians are experiencing in Iraq – announced the news. Amidst the ocean of tragedies currently being witnessed in the Middle Eastern country, the website did not want to let this act of great courage go unnoticed. Professor Ali ‘Asali knew what he was risking: everyone in Mosul knows that in Raqqa – the Syrian city which the Islamic State of Iraq and the Levant seized last year –there are many human rights activists who have paid for their opposition to ISIS’ acts of intolerance with their own lives. But Al ‘Asali was nevertheless unable to stand by in silence.

And so are many other Muslims, who have launched the “I am Iraqi, I am Christian” campaign in response to the letter N’s written on the walls of Christian homes in Mosul. Yesterday some of them turned up outside the Chaldean Church of St. George in Baghdad, with a banner displaying the slogan and posted a picture on Facebook.

But these acts of rebellion have not been successful in stopping the madness of Islamic State fundamentalists. And so today, the ethnic cleansing continued, with the jizyah – the Islamic “protection” tax which all non-Muslims are required to pay if they wish to stay or return to Mosul – being applied. The monthly figure to be paid is 450 dollars, which is an impossible sum for anyone living in Northern Iraq to pay.  Today, yet another historic Christian location fell intot he hands of the Islamic State: the building in question is the Syro-Catholic monastery of Mar Benham, close to Qaraqosh, the Christian city in the Nineveh Plain where the majority of Christians have fled to. Monks have been present in mar Benham since the 4th century approximately. “They forced the three monks and some families residing in the monastery to go away and leave the keys behind,” the Syro-catholic bishop of Mosul, Yohanna Petros Moshe  told Fides news agency. The Bagdadhope blog reported that the monastery underwent restoration work in 1986 and became a pilgrimage destination for Christians and some Muslims too.