Source: Christian Today
Andre Mitchell | 03 November 2016
Refugees from the Middle East who have found refuge in Greece have not only begun converting to Christianity. They have also started sharing God's love to their fellow migrants. 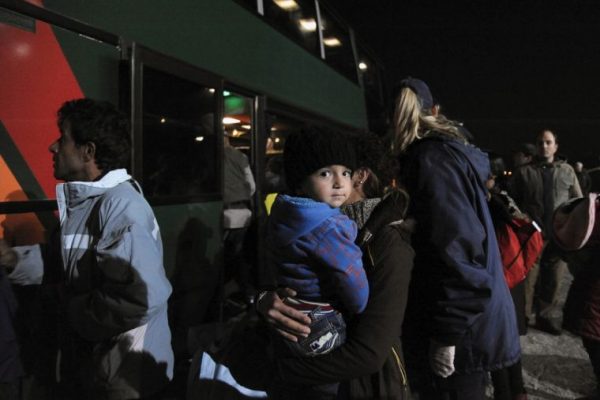 Refugees arrive at the port of Elefsina, Greece where hundreds are living after escaping war and persecution in their home countries in the Middle East. Reuters

In an article posted on Desiring God, Christian leader David Crabb shared how the kingdom of God “is growing” in Greece, where 97 percent of the population are Orthodox Christians. Most of them, however, affiliate themselves to the church culturally, and not necessarily in the religious sense.

Even amid this environment, more and more Muslim refugees in Athens are becoming open to the Christian faith. Javad, an Iranian Muslim convert, for instance, is even helping in promoting Church growth in Greece.

According to Crabb, Javad first heard God’s Word through a satellite radio when he was still living in Iran. There, he did not know any Christians, and did not have access to the Holy Bible.

When Javad sought refuge in Greece, he had the opportunity to fully embrace and even spread the Christian faith, even if it would cost him his life and safety under Islamic law, which treats converts to other religions as apostates.

“When I came to faith, I knew I could never go back to my family or to Iran, but it’s worth it because I have Jesus,” Javad told Crabb, as quoted by the Christian Broadcasting Network.

The Christian convert now goes to the streets of Greece to share the gospel. During one of his ministries, Javad met a veiled Muslim woman, who said bad words to him while he passed by.

Because of Javad’s persistence, however, something miraculous happened.

“A few weeks later, he was preaching again at church, and after the service a woman — with no veil — came up to him and said, ‘I heard you preach in the park a few weeks ago and cursed you, but now I have eyes to see that Jesus is the Son of God,'” Crabb recalled.

Most viewed articles
Blasphemous and Obsessive Thoughts Come Into My Mind. What Do I Do?154
An Extraordinary Session of the ROCOR Synod of Bishops Convenes113
Funeral Services for His Eminence Metropolitan Hilarion of Eastern America and New York79
Is God a Fool?73
How to Respond to Opposition to the Gospel57
Metropolitan Joseph, Bishop Thomas Celebrate Centennial of Little Falls Parish55
A Piece of Rock Falls Down on the Skete of St. Anna on Mt. Athos43
PRAY: 14 Students, One Teacher Dead After Texas Elementary School Shooting41
His Beatitude Metropolitan Tikhon Issues Statement on Tragic School Shooting in Texas30
Most popular authors
Pravmir.com team235
Fr. Eugene Murzin154
Archpriest Stephen Freeman73
Archpriest Basil Ross Aden57
Subdn. Peter Samore55
Associated Press41
Metropolitan Tikhon of All America and Canada30