My child lied to me, although our relationship is based on trust. How should I behave now?

Your child lied to you for the first time. And that hurts as things were different before. They seemed to have no secrets from you, and your family had a warm and trusting relationship. Yet, sometimes children lie because they do not want to upset their parents. Or because they have a very vivid imagination. Lelya Tarasevich, a psychologist, explains where children’s lies come from, how parents fuel those lies and what should you do to ensure that your child is honest with you.

My daughter is eight years old. She lied to me about a situation at school. On the one hand, I am worried about what she did there, on the other hand, I am just as scared about the fact that she was able to deceive me. We have a close, trusting relationship in our family, or so I thought. Why do children lie at all? How should I have reacted?

The answer from the psychologist Lelya Tarasevich: 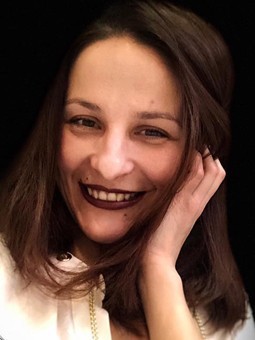 One day I came home and saw that the rug had not been vacuumed. It was just as dusty as when I left: I remembered it clearly.

My child jumps out the room with a gadget in his hands. His eyes are wild. My son, who grew up in that very close and trusting relationship, speaks convincingly:

Here, as a mother, I have an opportunity to clutch at my head, heart and other organs, and moan about the younger generation. There is also an opportunity to urgently call his dad so that he could put him in line, so to speak, explain “like a man” that lying to mothers is forbidden. I could also shame, intimidate, and force him to tell the truth, punish him for lying “so that he understood that lying is not good”. And to add the cherry on the cake: after all the executions, I could demand a promise that “he would never do that again…”

But I did not do it. I remembered the theoretical basics and went to implement them:

— I started the conversation wrong, honey. I will try again. I know that you did not vacuum, and I am very upset about it.

In this case, children do not even have to face the possibility of lying, and we focus on the problem and how to solve it. On a specific rug, specific grains of sand and “all in all, enough playing with your phone”. We resolved the conflict. Then, of course, we also discussed the lie, but in an educational format, and not a showdown with ad hominem arguments and “how could you?”.

Parents, who face a child’s deception, are often overwhelmed with feelings of injustice, resentment, anger, guilt for not bringing up their child properly, shame in front of the society in the form of a grandmother or a teacher, and so on.

Because of these emotions, it is extremely difficult to remember that lying is only one of the tools that a person uses to adapt to society.

Honest adults adapt this way about four times a day, according to British scientists. And not very honest adults: up to 20 times a day.

The only difference is that we, adults, use this mechanism as a useful skill that makes life easier for us, and children use it as a shield. They most often protect themselves with lies. If we understand what they are protecting against, who is attacking them and how to eliminate the threat: we will solve the very problem of lies.

So, children are most likely to lie, because they have:

1. Fantasy. Children aged from 2 to 4 and older like to come up with tall tales, it develops their creative thinking. Perhaps, this is the only kind of lie that needs to be developed, not suppressed. A unicorn is in your bedroom, is that so? What color is it? Draw it for me! What voice does it have?

I would like to immediately mention the fantasies like “the cup did not break at all”. At this age, they still have children’s thinking: if I describe the situation as I want to see it, then it will become so. To know about this phenomenon and introduce the child to the real world is our gradual task. You definitely should not scold another person for their image of reality.

2. Fear. A child may have quite a lot of fears, and they become evident after the age of 4-5. They are afraid that they will be punished, that they will disappoint their parents, that they will be humiliated, shamed, or ridiculed. Unfortunately, this is how the psyche works: at this time, disapproval is equal to dislike. You may not have scolded the child or even touched them, the fear still breaks through. You can treat this. You need to show the child that they are loved in any way. Even if you are dissatisfied with their behavior here and now.

3. Politeness. A lie out of politeness, or a white lie, is the result of learning. “Yes, your fish cutlets are delicious (although I hate them)”. “No, this huge cocoa stain on the entire hem is completely invisible on your soft pink dress, no one will notice”. It is extremely difficult to explain to a child that they can lie in this case, but they cannot in another. I would say this is the most controversial point, difficult for a child’s brain. The main thing in it is an initially positive motive.

4. Protection. One type of white lies is lying in an attempt to protect a friend or yours. Each family decides for themselves how to treat this situation. But I would still like to remind parents that the motive is more important than the fact. And that self-defense is not even punished under the criminal code. You are also allowed not to testify against yourself and your loved ones.

5. Bragging is more common closer to adolescence (starting at the age of 9). If, at the age of 7-8, this behavior is motivated by the desire to please everyone, then later it becomes essential to maintain their own status and image among their peers.

6. And of course, the very lie that we blame in any of the above points: the well thought out lie. Its goal is good, whether it is money, toys, gadgets, or delicacies. You need to understand that the child’s brain still needs to grow up to this type of lie and they become capable of conscious lie at the age of 11-12. Earlier, children are simply not physically able to build complex relationships and to keep in mind a few scenarios. Therefore, there is a need to correctly guess what the child is actually hiding when they resort to deception.

Why do children lie to adults?

There can be many reasons for all these types of lies (well, except, perhaps, fantasy):

• trust crisis in the family,
• lack of attention (at home or among peers),
• protection of personal boundaries,
• high expectations from parents or teachers,
• strict upbringing.

There is a couple of not particularly obvious ones that parents rarely notice in themselves:

Example from significant adults. This is when a mother says into the phone, “We are stuck in traffic, we will be a little late”, – but she is still in the hallway and is putting on lipstick. Therefore, it is our first priority to watch ourselves, correct ourselves and influence our own daughters and sons through this.

Love for parents. At first glance, it is a strange, but very logical reason. If a child constantly hears that with their actions, they “bring their mother to the grave”, “would cause her to have a heart attack”, make her new haircut gray, then they have a natural desire to protect parents from the unpleasant truth. “I may be a little sly, but mother would not take valocordin in the kitchen tonight”. Here, it is important to transfer your acting skills to another area, and it is not necessary to put on a show at home.

How to help your child become more honest with you

If an adult correctly determines the type of lie and its true cause, it is only a matter of technique: you need to address the child’s need so that they would not have to resort to lies again.

Among the general recommendations that will definitely increase the honesty level in the family, we can distinguish the following:

I truly believe that children’s lies are good for a parent. That this is a sign with which you can find a much more important and serious problem in your child’s life. If you approach this issue from this angle, then you will have fewer negative feelings.

And let your families always have those close and trusting relationships.

I’ve already repeated something to my daughter 10 times, but it’s like she went deaf!

Lelya Tarasevich, a psychologist, speaks about how one can deal with it.

How to Help Children Fall Asleep in Their Bed

A question to a child psychologist