Source: ROCOR
Natalya Mihailova | 10 May 2014
At the invitation of His Holiness, Catholicos-Patriarch Elias II of Georgia and with the blessing of His Eminence Metropolitan Hilarion of Eastern America and New York, First Hierarch of the Russian Orthodox Church Outside of Russia, a delegation of clergymen and laity of the Russian Church Abroad arrived in the territory of the Georgian Orthodox Church with the Miracle-Working Myrrh-Streaming “Hawaiian-Iveron” Icon of the Mother of God. 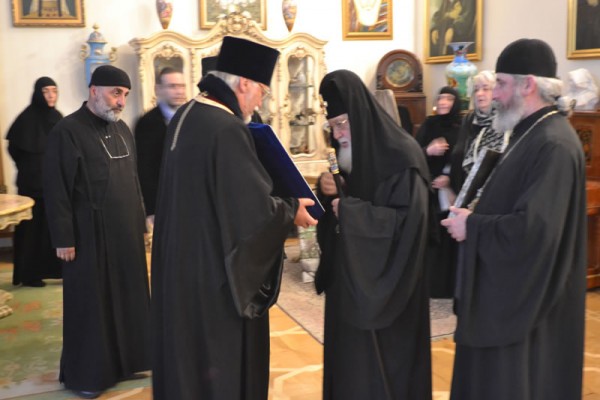 After venerating the holy image, His Holiness blessed Protopriest John Sorochka and Protopriest Vladimir Deriugin, Nectarios Yangson, keeper of the icon, and their colleagues, wishing them a successful visit and Divine aid. It is expected that the icon will visit many parishes and monasteries in Georgia. 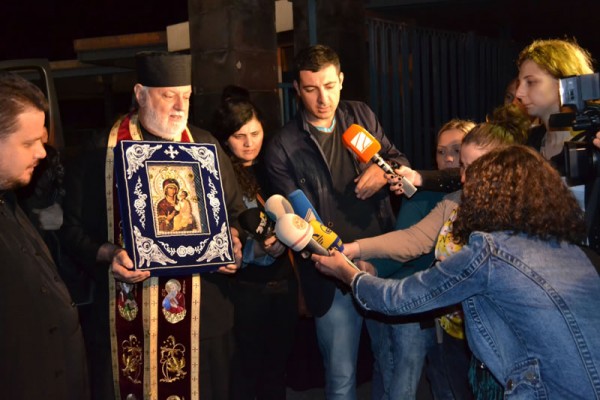 The icon will remain in Georgia until May 23.