Myth: Is Christianity a Religion of the Weak that Cultivates Cowardice and Passivity? 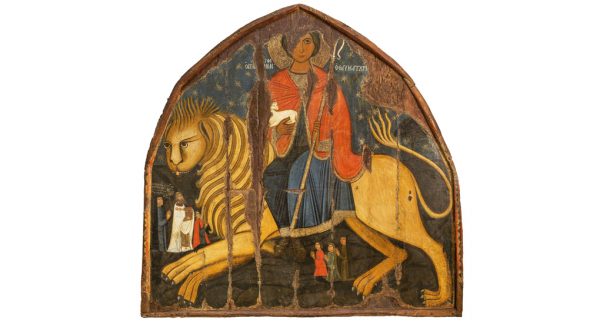 Christianity is a religion of the weak, a religion of slaves, that cultivates cowardice and passivity. It was invented by downtrodden slaves, who lacked the courage to fight for a better life.

To begin with, let us focus on the striking historical fact: Christianity won. A movement that started with a small group of persecuted people with no power or resources has become the greatest religion in the world. Christians defeated the sophisticated, highly cultured pagans of the Roman Empire and the fierce, militant pagans of Northern Europe.

There were many forces in the world: military, political, cultural, and religious ones, but it was Christianity that emerged the winner. Why? Because it created a special type of people. People, who were willing to die meekly for their faith. Who joined monasteries and subjected themselves to severe hardships to raise hermitages and rewrite books. Who crossed the oceans and converted new peoples to their faith. They were saints, philosophers, and heroes. These people actively altered the world according to their beliefs and created a civilization, the heirs of which we are.

The alleged weaklings came out victorious. Why? It is because faith taught them to admit their weakness and to rely on God’s power. Christianity actually says that person is weak, mortal, and vulnerable to destructive forces that rise up against them from outside and, even worse, from within themselves, and that they need mercy and salvation.

Yet in reality it turns out that the acknowledgment of one’s weakness is a manifestation of strength, and when we realize our weakness and inability, we open ourselves to God’s power, which surpasses all forces in the world. As the Apostle says, for when I am weak, then I am strong (2 Corinthians 12:10). Christianity was (and is) the invasion of power in the world, compared to which all the forces of the world are nothing. “Servants of God” are much stronger than those who represent themselves as “masters of the world”.

It is worth noting that the traditional expression “servant of God” has its own history and a very special meaning. When a person says about himself, “I am a servant of God”, they express their religious feeling, not the lack of social freedom. With these words a person expresses their full dependence on their Father – God –, but the dependence is voluntary.

Yet it is even worse that the claim “Christianity is for the weak” is not an argument, but a well-known to us during school years “chicken play”. As we know, teenagers sometimes do stupid and even scary things with tragic consequences out of fear of appearing weak. I dare you to fight with John. I dare you to hook up to a commuter rail.

The teenagers’ fear of appearing weak itself is a sign of weakness, vulnerability, inability to tell those, who encourage you to do some pernicious nonsense, to bug off. It is simply useless to provoke a strong, mature, and confident person in such a way. They are not that dependent on the opinions of others to make important decisions based on whether they would be considered weak or not.

Christianity states certain things: that there is a loving God, who has created us for eternal joy, that we have fallen away from Him into sin, and that He came to earth and became a human to save us for eternal and blessed life though Crucifixion and Resurrection from the dead.

One can believe it, because it is the truth. It can be considered as a lie and be rejected. However, rejecting it out of fear of being thought of as a weakling would be the most miserable manifestation of weakness. What could be more timid, passive, and feeble than willingness to abandon the search for truth out of fear of others?

It may seem paradoxical, but it is our weakness. Christian faith confronts us with a choice which we are afraid of, we find ourselves in front of the door that we refuse to knock on: then there is a need to think up some rationalization like “only weaklings knock on this door”.  Like a person, who is afraid of unpleasant screening, can say that medicine is a refuge for the weak and that strong, courageous people firmly endure pain and fearlessly meet death.

However, the unwillingness to understand whether it is the truth or not is exactly the manifestation of weakness and passivity. Let circumstances and other people carry me as they did before: I will not think about the truth, because it may result in something new and unexpected.

What kind of person could be called strong? For starters, someone who does not hide from reality. Including the reality of one’s weaknesses and shortcomings. Any growth involves realization that I still have room for growth. Anytime I overcome a barrier I realize that I am imperfect, I still have something to conquer. Whenever I acquire knowledge I realize that I still do not know something. This may seem paradoxical, but inability to admit one’s weaknesses is by no means a sign of strength.