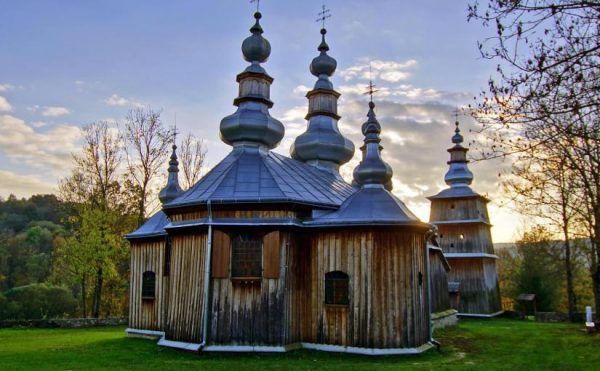 Many converts eventually reach a certain state: the realization that the Church – both present and historically – is full of sinful scoundrels. Orthodoxy in books often leaves the impression that we’ve got it all together. Alas, we don’t – and I am one of the scoundrels, I must admit.

There are various paths that people take on their journey toward Orthodoxy. Some walk into a church service, and like the ambassadors from Prince Vladimir in the Hagia Sophia, they aren’t certain whether they are in heaven or still on earth. The beauty washes over them and they are in tears.

Others such as myself, approach the faith in a more intellectual manner, reading many books and wrestling with both history and dogma. There’s no one correct way to sincerely come to the faith – though a good catechism is important.

THE CHURCH OF THE IMPERFECT

A lesson that I learned in my historical studies is that, while the Christian Church was still quite young, in the third century, the entire Church came to a bit of a crisis point. Persecution was heavy and disgustingly brutal in the mid-200’s. Many people fell away from the faith because they couldn’t endure torture; others were never tortured but merely threatened with the instruments and broke down. When the persecution relented and Christians were granted a bit more freedom, the question arose, “What do we do with all of these lapsed Christians who want to come back?”

Our kind and loving Lord Himself said, “Whoever denies me before men, I also will deny before my Father who is in heaven” (Matt. 10:33). Many Christians concluded, therefore, that if someone denies Christ, they have excommunicated themselves from the Church. The lapsed were not condemned to hell, but were told that they would have to sort things out with God in the end.

However, not all Christians felt that way. In fact, most of those who had been tortured or who were being held in prison for their faith felt that there should be grace for those who have fallen. Their argument was essentially that the Church is to be a hospital for sick souls and not an institution of the perfect. Fortunately, their side won the debate.

Back to today. The Church is full of scoundrels, of which I am one. There are scandals, schisms, fighting, back-biting, prideful priests, power-grabs, and every sort of trouble. But through all of this, God continues to guide His Bride in the Holy Spirit. Those who are content to work out their own salvation will hardly even notice the drama around them (unless it directly impacts them). They keep their heads out of the gossip, they focus on prayer, and day-by-day, the Holy Spirit renews them and makes them a little bit more alive.

Such is the calling for all of us, and such is the road to peace.  St. Seraphim of Sarov famously said, “Acquire the Spirit of peace and a thousand around you will be saved.”  Such peace comes through tearful and honest repentance; a thorough look at our own soul, a sigh of discontentment, and a knowledge that there is work to do.

I think God loves it when we come to such a place, when we say, “Lord have mercy, I really am a mess!”  He says, “Yes, and I know just how to clean you up.  Don’t give up, keep coming back each time you fall.  I never get tired of seeing you stand back on your feet.  As long as you are determined to go down swinging at the devil, you will find that I am there to catch you and carry you into Paradise in the end.”

I once heard a story about a highly regarded monk. A woman came up to him when he was speaking somewhere – she was quite irritated. She complained that she couldn’t find the perfect church. He listened patiently to her stories of frustration before telling her with a smile, “If you find the perfect church, don’t join it. Or else it won’t be perfect anymore.”