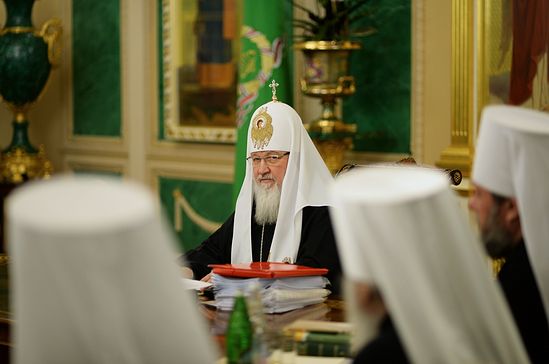 The Synod has granted a petition of Metropolitan Alexander of Riga and All Latvia to appoint a vicar bishop for him by confirming election of the cleric of the Diocese of Riga Igumen John (Sichevsky) of Jelgava, vicar Bishop of the Diocese of Riga, at the Synod of the Latvian Orthodox Church on October 11, 2013 (minutes no. 13).

By decision of the Holy Synod of March 12, 2013 (minutes no. 18) on the territory of the Krasnodar territory, the Diocese of Armavir was founded, and Metropolitan Isidor of Ekaterinodar and Kuban was appointed its acting bishop. At the present meeting the Synod elected Igumen Ignaty (Buzin), cleric of the Diocese of Tikhvin, as Bishop of Armavir and Labinsk (minutes no. 11).