New Parish of the Ukrainian Orthodox Church Opens in Canada 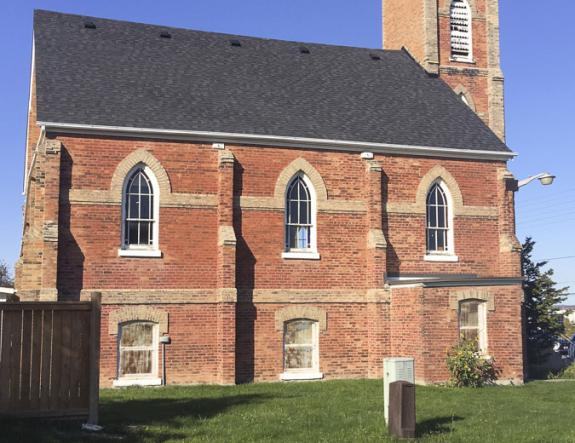 The UOC Church of the Nativity of the Holy Theotokos. Photo: lavra.ua

With the blessing of His Beatitude Onuphry, Metropolitan of Kiev and All Ukraine, a new parish of the canonical Ukrainian Orthodox Church dedicated to the Nativity of the Most Holy Theotokos opened in Richmond Hill (the Greater Toronto Area) in Canada, reports the website of the Kiev-Caves Lavra.

According to the report, this parish “is truly in unity with the Ukrainian Orthodox Church, which carries its salvation mission under the omophorion of His Beatitude Metropolitan Onuphry”.

It is reported that currently the issue of canonical affiliation in Canada is acute since the so-called “Orthodox Church of Ukraine” of the Patriarchate of Constantinople operates in the country.

The report also said that due to the fact that Patriarch Bartholomew granted Ukrainian schismatics “autocephaly”, many people “who do not agree with the actions of Patriarch Bartholomew, as well as those Local Churches that supported him, want to remain in the bosom of the canonical Church”.

To solve this problem, His Beatitude Metropolitan Onuphry blessed the opening of the parish of the Church of the Nativity of the Blessed Virgin Mary, which is spiritually guided by the Holy Dormition Kiev-Caves Lavra.

According to the site of the Kiev-Pechersk Lavra, the church is currently undergoing renovations, and regular services will begin in January 2020.

Metropolitan Pavel Vyshgorod and Chernobyl, the viceroy of the Kiev-Caves Monastery, noted that “the opening of this parish will help our compatriots, who for various reasons have found themselves far beyond the borders of their historical homeland, to remain in the bosom of the canonical Church, to remain faithful to the Church Tradition and the structure of the Church”.