Canada: No Religious Liberty for Doctors

Source: FrontPage Mag. David Horowitz Freedom Center
Natalya Mihailova | 17 July 2014
Another attack on religious freedom is under way in Canada, this time against doctors in the province of Ontario. The College of Physicians and Surgeons of Ontario is reviewing its human rights code guidelines, and the public response has been explosive. Many people want the College to change its present practice of permitting doctors to opt out of referring or prescribing treatments that violate their ethics or religious faith. 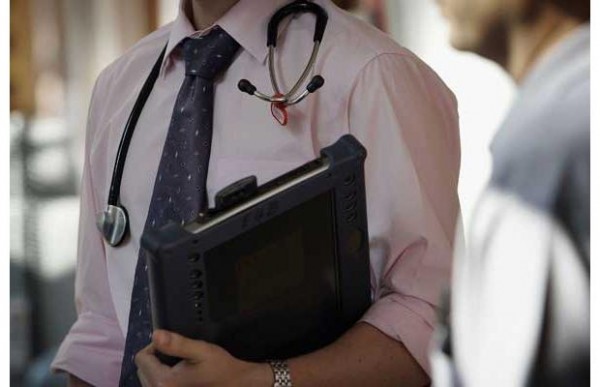 This is not a case of liberal intellectuals and unelected leaders reducing our freedoms without the consent of the public. Judging by the slew of negative comments to stories in the mainstream media, the public is on the side of clamping down on doctors. It’s disturbing to see that of the nearly 9000 votes submitted in the College’s online poll, around 67% said “no” to the question: “Do you think a physician should be allowed to refuse to provide a patient with a treatment or procedure because it conflicts with the physician’s religious or moral beliefs?”

Why are people so keen to end religious freedom for our doctors? The media has been harping on the case of 25-year-old Kate Desjardins, an Ottawa woman who was denied a birth control pill prescription at a walk-in clinic. The doctor she consulted, Edmond Kyrillos, happened to be a practicing Catholic who distributes a letter to all prospective patients, informing them that “because of reasons of my own medical judgment as well as professional ethical concerns and religious values, I only provide one form of birth control, Natural Family Planning.”

Canada’s free health care system ensures patients would never be dependent on a doctor like Kyrillos – any patient can walk into any Emergency Room or Public Health Clinic and receive the prescriptions or referrals they are seeking, and those who want abortions don’t even need a referral. Ms. Desjardins’ inconvenience was minor, since she lives in a major Canadian city and another walk-in clinic happened to be only several hundred meters away.  But Ms. Desjardins went public with the letter and claimed embarrassment at having to go elsewhere for her prescription.

Another example that has been brought up in the media is the instance of remote rural locations where there might be only one doctor within the range of reasonable travel. But this problem is resolved under the existing policy, since doctors already have a duty to treat patients who lack access to alternate care. Catholic doctors who don’t want to prescribe contraception need to stay away from postings in the middle of the woods.

This debate is not really about health care at all. It’s actually about religious accommodation, and what’s becoming obvious is that our society is growing less tolerant of expressions of religious faith in professional life. Perhaps more specifically, we are getting increasingly annoyed with the Catholic views on contraception, and we don’t want them in our faces when we go to the doctor. I hesitate to use the term “witch hunt,” but it is starting to seem accurate in this case.

The Charter still protects freedom of religion as fundamental to our society, but few people these days seem to understand what freedom really means. If the public can become convinced that they are still free when they can only think but can’t act on their most fundamental beliefs, then the future of freedom in Canada looks bleak.

“It is [our] position that doctors, as providers of services that are not religious in nature, must essentially ‘check their personal views at the door’ in providing medical care.”

Rolling up religious freedom into the confines of our heads is as unCanadian as it is totalitarian. No dictator can control minds, but real freedom concerns the ability to conform our actions to our deepest values. As Canada’s Supreme Court stated in R v Big M Drug Mart, in what is still considered the definitive statement on this subject:

Canada has a long history of tolerating various religious practices and differences, such as accommodating Sikh RCMP officers wearing turbans at work. But if we turn the tide against religious accommodation, expect to see secularism enforced in other professions and against other religious groups. Canada as a whole stands to become less free.