A New Russian Orthodox Convent is Being Built in Australia

Source: ROCOR
Natalya Mihailova | 24 September 2014
On Sunday, September 14, 2014, the hall of Melbourne’s Protection Cathedral hosted a charity dinner in benefit of the construction of the new Convent of the Entrance of the Mother of God Into the Temple in Bungarby. 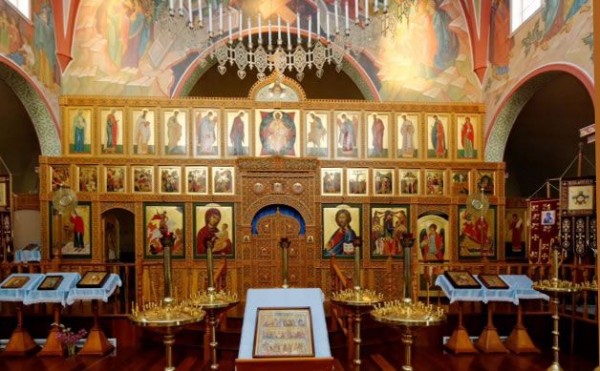 Mark Ganin, the organizer of the event, has held 21 such dinners every year in Melbourne and Sydney. The Melbourne cathedral’s sisterhood contributed greatly to this even, headed by Lyubov Kovalenko, hosting no fewer than 140 guests. The program included a performance by the Melbourne Capella Chamber Choir under the direction of Nicholas Kovalenko, which sang Russian folk songs; the Karipoff brothers sang accompanied by balalaika and guitar, and Maxim Sheko played the violin. There was also an auction and lottery. Nineteen thousand dollars was raised by the event, which went towards continuing construction costs.

Over the course of eleven years, built on the site of the new convent, located between the cities of Cooma and Bombala, NSW, were a chapel and four buildings for monastic cells and common areas. A refectory is now under construction, and a libraray and workshop are also planned.

Gratitude was expressed by Abbess Anna, who is actively participating in the project.

Further information can be found at: http://www.unification.com.au/articles/read/1396/