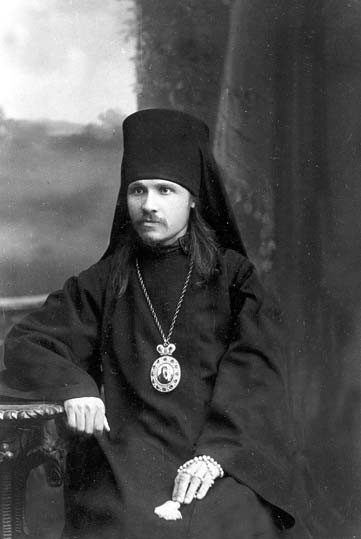 Archbishop Thaddeus of Tver was arrested by officials of the NKVD on December 20, 1937. They also arrested priests frequently:  by December nearly all the clergy of the Tver region were in custody. Many were shot. The Archbishop’s whole home was ransacked – a search was conducted from eight in the evening until five in the morning. Nothing was found: neither money, nor valuables. They took what there was: panaghias (an image of the Mother of God worn by bishops on their chests), crosses, cups (for Communion), the tabernacle, vestments, twenty-seven candles, thirty prayer-ropes, books, notebooks with notes… And official circulars of the Moscow Patriarchate, photographs, and two bishop’s staffs. There was no more profit in anything.

“What do you live on,” asked the officials of the NKVD.

Then prison and interrogations. Investigators asked how and who helped the Archbishop materially. He replied:

“Material assistance was passed on to me personally in the church as a freewill offering. I cannot name the families of these persons, since I do not know them.”

“Your testimony is false. The means are not being transferred to the church. The investigation has information about the use of funds raised among your acquaintances of a young age and schoolchildren.”

“I deny these facts and categorically declare that I did not raise funds for children. The funds obtained by me, as I have indicated, were in church.”

“Describe in detail the conversation on political themes you had with Orlov Mitrophan before his departure to the village of Erzovka.”

“If I had a conversation on political themes, I do not recall.”

“What tasks of an anti-Soviet character did you give to Orlov Mitrophan?”

“Anti-Soviet tasks I did not give; but on the contrary, it was given to me to guide him on how to act in correspondence with the existing laws.”

“Your testimony is false. The investigation has established that you gave Orlov Mitrophan the task of organizing counter-revolutionary activities.”

“The indications given by the investigation are true. I never gave any counter-revolutionary tasks.”

“You are under arrest for counter-revolutionary activities… Do you admit your guilt?”

“In counter-revolutionary activities I admit no guilt,” replied the Archbishop. 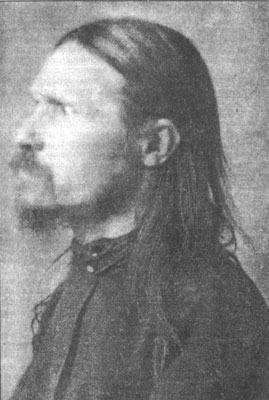 But no admission was required. It was enough to provide false evidence of accusations of anti-Soviet, counter-revolutionary activity. The Soviet authorities never acknowledged the facts of persecuting believers for their religious convictions.

Archbishop Thaaddeus was placed in a prison cell with criminals. The inmates taunted the “pope,” humiliating him. They placed the 65-year-old man near the wall, and themselves climbed his shoulders to reach the window. Exhausted, he was pushed under the bunk. From time to time one of the criminals filled a tin can with sewage and popped it under the bunk, saying that the Vladyka should take “their censer.” The Elder silenetly endured all the suffering and humiliation. Lying on the floor under the bunks, he prayed constantly. Suddenly one morning the criminals pulled him out from under the bunk and began to pray that Vladyka would forgive them. What made them change not only their wrath to mercy, but in the very greatest way? The frightened leader related that at night he had seen a dream: the Mother of God. She strictly ordered him “not to touch this holy man.” Or else they would all die a horrible death. Terribly frightened, the convicts rushed under the bunk to check whether the old man was still alive. He turned out to still be among the living. And all of them survived the war, although many of them were mobilized to the front.

The Archbishop spent ten days in prison. Then a troika of the NKVD sentenced him to death. Vadyka Thaddeus was executed near one o’clock at night on December 31, 1937. He was drowned in a pit of filth.

In 1997 the Russian Orthodox Church numbered Archbishop Thaddeus among the ranks of saints.

Most viewed articles
Hierarch from North Macedonia Gives Advice to the Ukrainian Orthodox Church104
Patriarch Kirill: We In No Way Question the Healing Power of the Holy Mysteries of Christ!94
Participating in God’s Vision89
Can God Break A Promise?88
Lessons from Saint Mary of Egypt81
First Orthodox Prayer Book in Portuguese Published in Portugal79
Patriarch Kirill: Faith in the Lord Gives Us the Ability to Distinguish Between Good and Evil77
Ethiopian Patriarch Thanks Patriarch Kirill For the Support During the Persecution73
Representative of Russian Patriarch Delivers Rehabilitation Facilities to Children in Syria34
Sunday of the Samaritan Woman4
Most popular authors
Pravmir.com team461
Priest Dustin Lyon89
Fr. James Guirguis88
Justin Doty81
Archpriest John Moses (+2019)1