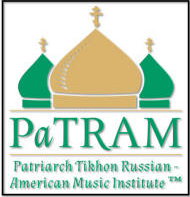 Approximately 2,500 churches and monasteries comprise a melting pot of cultures and liturgical traditions that define Orthodox North America. One thousand of those churches belong to the Russian Orthodox Church and the Orthodox Church in America, both of whom are deeply rooted in the 1,000 year history of Orthodox Russia. One of the most visible signs of similarity between these jurisdictions is the Russian style of liturgical singing, which is vastly different from the Greek and Antiochian traditions. OCA and Russian churches predominantly sing the services a cappella, which requires a choir and a competent conductor. Choir conferences and short term training courses are organized by most Orthodox jurisdictions in America, but there has not been a unified program or formal institute where conductors and singers can receive their training.

In an effort to better train church musicians, representatives from most major musical programs and seminaries in ROCOR and the OCA gathered together at the end of 2013 to form the Patriarch Tikhon Russian-American Music Institute (PaTRAM). The work of the newly formed institute was blessed by the Primates of the Orthodox Church in America and the Russian Church Abroad. Building on the work that has been done by music educators in the past, PaTRAM strives to provide continuity through its progressive training programs at every level of Church musical development in both English and Slavonic.

PaTRAM has partnered with the Media Office of the Eastern American Diocese of ROCOR to produce a documentary about the work and goals of the institute, featuring His Beatitude, Metropolitan Tikhon and His Eminence, Metropolitan Hilarion. The 25-minute film, titled “Uniting Musical Excellence with Orthodox Worship,” gives an overview of the important role of music in the life of the Orthodox Church and explains how PaTRAM is embarking on an endeavor that could potentially revolutionize the way that the Orthodox conductors and singers receive their musical training in North America.  The video may be accessed here.

In 2013, PaTRAM reached an agreement with Vladimir Gorbik, conductor of Moscow’s Holy Trinity-St. Sergius Lavra’s Representation Church choir, to collaborate on a program designed specifically for people living in North America who want to learn church singing and directing. This program is founded on the same process used for church music and choral direction training at the Representation Church in Moscow, developed by Gorbik and representing a synthesis of the spirituality of Holy Trinity-St. Sergius Lavra and the professional education offered at the Moscow State Conservatory. Over the last ten years, this educational method has been helping people of different professions who had no prior musical or choral education become church singers and choir directors, and has been no obstacle to their professional lives.

Understanding that most choir conductors and singers in America are not able to take weeks off from their personal and work schedules, PaTRAM offers comprehensive training programs through the Internet. Weekend classes are conducted at various times and in different parts of the country, but the primary goal of PaTRAM is to create an accessible virtual institute to build competence over longer training intervals. The programs do not require the student to have a musical education, because the intent is to take anyone with musical potential and teach him to sing or conduct. Those who already have musical training can further their education through the Master’s program.

One of PaTRAM’s unique characteristics is its desire to unite professionalism with prayer. To demonstrate the potential of prayerful singing by professionals who are also believers, in September 2013 PaTRAM launched the Patriarch Tikhon Choir under the direction of Vladimir Gorbik. Three concerts were organized in New York City, Pittsburgh, and Washington, DC as part of the choir’s world premiere. (Click here for a New York Times review of the concert.)

For more information or to register for classes, please visit the official website of the Patriarch Tikhon Russian-American Music Institute at www.patraminstitute.org.