Source: Christian Post
Natalya Mihailova | 15 July 2016
Christian leaders around the world have been condemning the terror attack in Nice, where at least 84 were killed and scores more injured, with Archbishop of Canterbury Justin Welby bemoaning that "human evil kills the innocent cruelly," and Patriarch Kirill wondering what is happening to the human race. 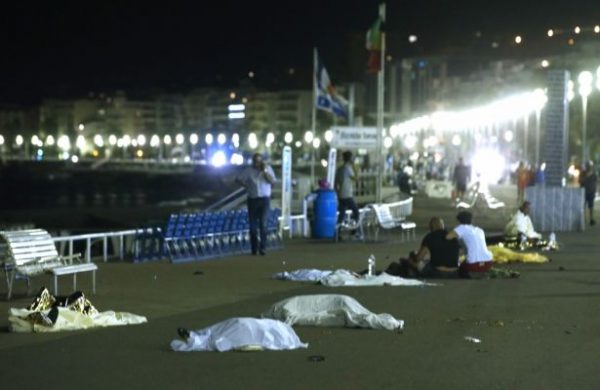 The massacre in the southern French city was carried out by a 31-year-old Tunisian-born Frenchman, Reuters reported, who drove a heavy truck into large crowds watching the fireworks on Bastille Day. The driver opened fire on civilians before he was shot dead by police officers, at the end killing 84 people and injuring many others.

As world leaders have sent their condolences to French President Francois Hollande, who called the attack a terrorist act, Church leaders have also been quick to condemn the latest massacre to strike France, following the terror attacks in Paris in November 2015.

“As the French rejoice in their liberty, human evil kills the innocent cruelly. Let us weep with them, let us stand with them,” said Welby, the leader of the Anglican Communion.

He compared the growing list of terror tragedies to a biblical “darkness” found in Genesis, before God shined light on the world.

“We are reminded in the first book of the Bible, Genesis, that in the beginning ‘darkness covered the Earth.’ But God spoke and said ‘let there be light’ and immediately it was so,” Rodriguez said.

He added: “In that same spirit, individuals of faith must speak and act accordingly, being a light of support to those grieving and a light of hope to a world who is fearful of the next attack. Darkness has tried to cover the face of the Earth once again, but we have the opportunity to shine the light by standing for love not hatred.”

Condolences also came from Russia, with Russian Orthodox Church Patriarch Kirill of Moscow describing the attack as “an insane act of terror.”

“All of us have to ponder over what is happening to the human civilization, the human race,” Kirill said, according to TASS News Agency.

He added: “I am strongly convinced that a true answer to a question of what contemporary terrorism is like and what it means can only be given in the light of the religious understanding of the current state of modern humanity. I believe at some point we should move closer to a clear and genuine understanding of what contemporary terrorism means.”

Father Federico Lombardi, the director of the Holy See Press Office at the Vatican, said that Pope Francis is closely following and showing solidarity with the suffering of the French people.

“We condemn in an absolute manner every manifestation of homicidal folly, hatred, terrorism, and attacks against peace,” Lombardi said.

Francis apparently sent a telegram to the Bishop of Nice Andre Marceau, speaking out against the “blind violence [that] has once again hit the nation.”

The pontiff said that he “entrusts to the Mercy of God those who have lost their lives” and that he shares “the pain of the bereaved families,” and also expressed his sympathy to those wounded, Vatican Radio reported.

Francis implored God for the gift of “peace and harmony,” and invoked divine blessings on the families of the victims and all the people of France.