No conflicts between Orthodox Christians, Muslims happened in Kyrgyzstan in past 150 years – Bishop

Source: Interfax-religion
Natalya Mihailova | 30 May 2017
Moscow, May 30, Interfax - Orthodox Christians and Muslims have good-neighborly relations in Kyrgyzstan, which is visited by Patriarch Kirill of Moscow and All Russia these days, Bishop Daniel of Bishkek and Kyrgyzstan said. 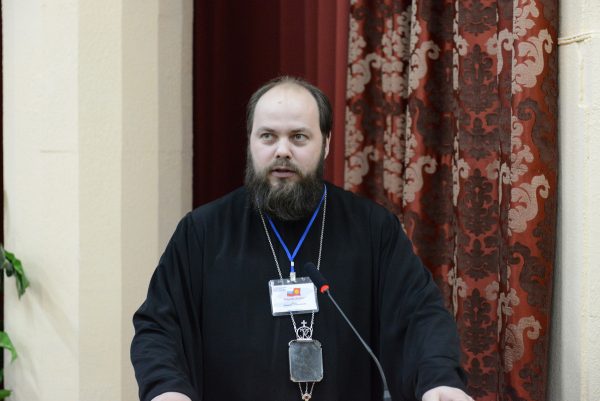 Bishop Daniel of Bishkek and Kyrgyzstan

“There was not a single religious conflict in the past 150 years because Islam did no interfere in the affairs of the Russian population and Orthodox Christians did not interfere in Kyrgyz affairs,” the bishop said in an interview with Interfax-Religion.

Today’s Kyrgyz state was formed largely due to the joint efforts of the Kyrgyz and Russian people “base don deep mutual respect, cultural mutual infiltration, respect for religious and ethnic factors, which was undoubtedly helped by the moral foundations of deep faith of both Orthodox Christians and Muslims,” he said.

Orthodox faith came to Kyrgyz land with the settlers 150 years ago, when some Kyrgyz tribes joined the Russian empire, the hierarch said.

“Naturally, those settlers brought Orthodox faith to this land. The first Orthodox chapels and churches were built in places where they settled. That was how Orthodox faith came to Kyrgyz land. Unlike the aggressive policies of the Western religious Christian missions, Orthodox faith came here peacefully and its main purpose was spiritual care for the Russian settlers who settled here. That played a historical role in the interaction with Islam,” he said.