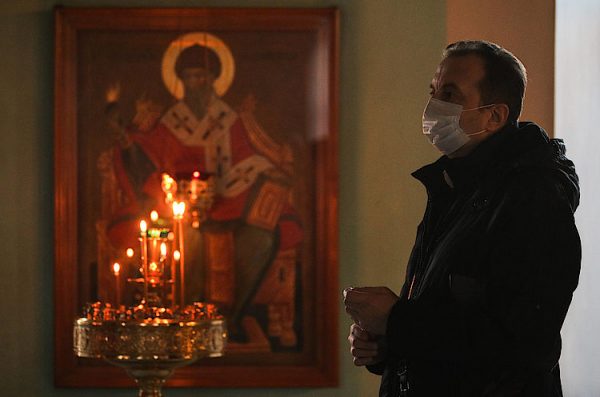 Churches in Northern Ireland will be permitted to keep their doors open despite the imposition of a so-called “circuit breaker” lockdown, reports Premier.

The new restrictions, which will be in place for the next month, institute a mandatory requirement for worshippers to use face coverings when entering and exiting their church buildings.

In terms of the broader restrictions on social contact, bubbling will now be limited to a maximum of ten people from two households, with out-of-bubble overnight stays being strictly prohibited.

The hospitality sector will be shut down entirely, apart from deliveries and takeaways for food.

Funerals will be limited to 25 people with no post-service gatherings allowed and schools will also be closed from Monday for two weeks, with one of them coinciding with the half-term break.

Also from Monday, wedding ceremonies will be limited to 25 people with no receptions allowed.

The DUP’s MP for Strangford, Jim Shannon, told Premier he would have liked to see a more “localised” set of restrictions, not least because his area has the “second-lowest cases in the whole of the province”.

Shannon said that churchgoers are already wearing masks and will continue to follow the latest guidance. In his own case, he said he wears a mask from the moment he gets in his car to go to church, and then keeps it on all the way through the service. The only time he removes it, he said, is during communion.

“We’ve adhered to those rules…rules that are maybe above and beyond what they had asked us to do,” Shannon added, noting that he was “encouraged” that the government has let church continue during the pandemic. “[Churches] are very, very important for the emotional well being… the spiritual well being of people,” he added.

Most viewed articles
Seven Lessons for the New Year from St. Seraphim of Sarov234
A Great Time to Join the Orthodox Church155
New Jersey Governor Signs Bill Legalizing Abortion Up To Moment of Birth102
The Way of Christ Is The Way of Love70
Metropolitan Hilarion Celebrates the 20th Anniversary of His Episcopal Consecration57
Metropolitan Hilarion: the Church and traditional confessions have done everything possible to improve the situation in Kazakhstan39
Brooklyn Street Co-Named for Antiochian Pastor Who Served a Half Century There38
Sunday of the Samaritan Woman1
How We Worship: the Struggle of the American Experience1
4-400×6001
Most popular authors
Priest Luke A. Veronis234
Frederica Matthewes-Green155
Ryan Foley102
Pravmir.com team96
Fr. Theodore Stylianopoulos70
Peter Samore38