Number of Orthodox up in Russia but only few go to church, pray regularly – poll

Source: Interfax-Religion
Natalya Mihailova | 06 July 2014
Moscow, July 4, Interfax - The share of Russian citizens considering themselves Orthodox grew from 52% in 1997 to 68% in 2014, sociologists of the Public Opinion Foundation (FOM) said citing a poll. 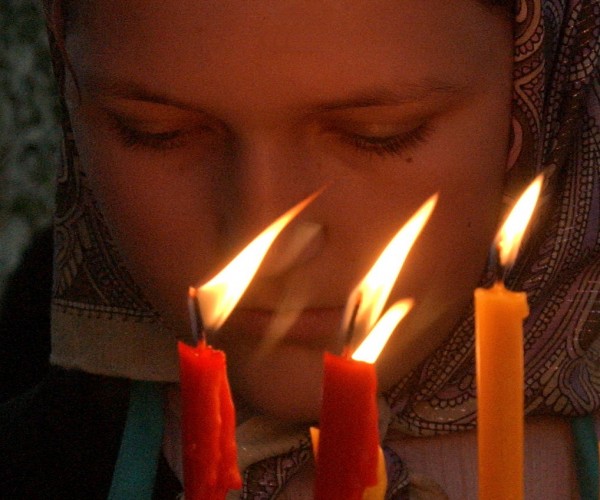 According to the survey conducted in late May in 100 cities, towns and villages in 43 Russian regions and involving 1,500 respondents, 19% of Russians do not consider themselves religious, 6% are Muslims, and 1% refer to themselves as non-Orthodox Christian confessions (Catholics, Protestants, Uniates, Baptists etc.).

Only 13% of the Orthodox believers go to church once a month or more, take communion regularly, know church prayers and read morning and evening prayers, the survey showed.

Russians take communion even less frequently – 63% respondents have never do it, 10% each – less than once year or once or twice a year, and 4% several times a year, the poll showed.

Most respondents (76%) almost do not fast, 7% fast only during Lent, 4% during Lent and other fasts, and only 2% follow all fasts, sociologists said.