Natalya Mihailova | 22 September 2017
As central Mexico slowly embarks on the long road to recovery in the aftermath of the massive 7.1 earthquake that struck the region on Tuesday, September 19, 2017, early reports from the Orthodox Church in America’s Diocese of Mexico indicate that, while no major damage has been experienced at Mexico City’s Ascension Cathedral or other parish properties, many faithful have suffered damage to—or the complete loss of—their homes. 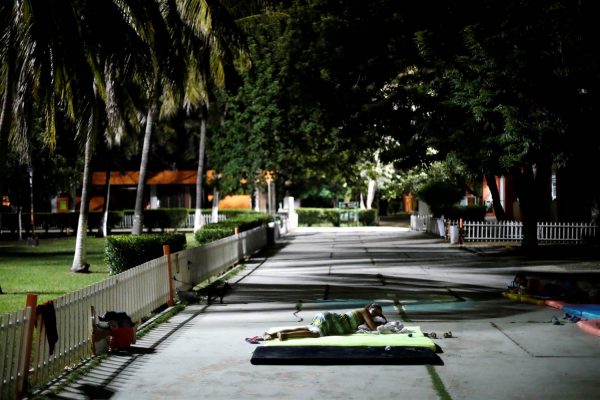 A resident sleeps outside after an earthquake struck off the southern coast of Mexico. EDGARD GARRIDO / Reuters

While communications have been understandably slower than usual due to power outages and infrastructure damage, His Eminence, Archbishop Alejo reported that Ascension Cathedral had suffered a number of cracks.  Whether they are structural or not has yet to be determined.  The cathedral is located near the Mexico City airport, which was closed for several hours after the earthquake struck.  Archbishop Alejo added that a mission chapel had suffered significant damage, the extent of which had yet to be fully assessed as of Wednesday, September 20.

The parish in Cuernavaca, the earthquake’s epicenter, also did not suffer major damage, although the homes of some parishioners were damaged or destroyed.  Details are still being gathered.

“We thank God for all His blessings, but we also pray for those who suffered greatly and for the lives that were lost,” Archbishop Alejo said.  It will take time to fully assess how the earthquake has affected the faithful in each parish and mission throughout the expansive diocese.

His Beatitude, Metropolitan Tikhon and members of the OCA Chancery staff will be working in conjunction with Archbishop Alejo to determine and assess the needs of Mexican faithful most impacted by the earthquake.  Further information will be made available as it is received.