Source: OCA
Natalya Mihailova | 26 December 2014
The Orthodox Church in America, in partnership with the Florida-based Orthodox Christian Mission Center, will be hosting a mission teaching team to San Esteban and Pisaflores in the OCA Diocese of Mexico June 20-27, 2015. 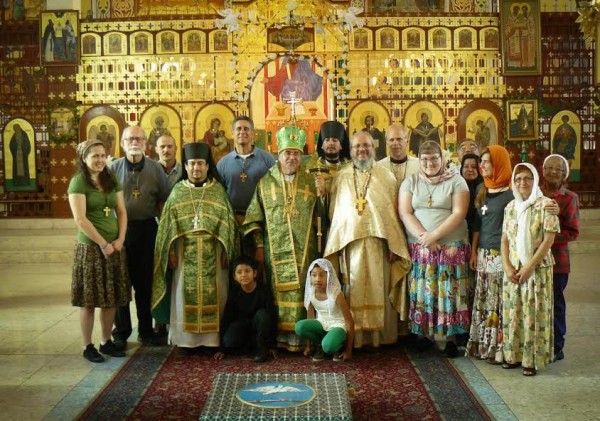 “Both Pisaflores and San Esteban are villages of native Aztec Orthodox Christians nine hours northwest of Mexico City,” said Archpriest Ted Pisarchuk.  “In both villages, the homes are of simple concrete block construction with corrugated metal roofs and do not have running water or indoor bathroom facilities.  Horses and burros are main forms of transportation. The people dress modestly, maintaining local traditions.

“The Mexican Church is very similar to the Alaskan church,” Father Ted continued.  “Both are made up of indigenous people.  Both speak a national language and local dialect.  Both share a beautiful simplicity and beauty of life.  And both lack clergy for similar reasons. Even though a great distance exists between Mexico and Alaska, the similarities are astounding.”

Team members will fly into Mexico City, where they will be hosted by the clergy and faithful of Ascension Cathedral and participate in an orientation session.  On Sunday following the Liturgy, the team will travel to Pisaflores.  On Monday morning, some team members will continue on to San Esteban. Team members may return home Saturday, June 27, or stay an extra day to Mexico City, returning home after the Sunday Liturgy.

The cost for participation is $675.00.  Upon acceptance, a team member will be required to remit a $100.00 deposit.  Travel costs to and from Mexico City are not included in the cost, which covers expenses in the field.  Team members are encouraged to solicit sponsors to help fund their trip.  In addition, they must obtain a recommendation from an Orthodox priest.  Fluency or near fluency in Spanish is required, and potential team members will be tested for language proficiency.

For further information or to apply, contact Father Ted Pisarchuk at rector@st-justin-martyr.org or 904-880-7671 during normal office hours.

Most viewed articles
Critical Theory, Social Justice, and the Attempt to Disfigure the “Transfiguration”204
Patriarch Kirill Urges Believers to Fight New Idolatry in Their Own Lives136
The Frontier of Personhood119
Disoriented83
Bell-Ringing Unites Believers from Different Countries on the Day of the Baptism of Rus (+Video)72
Saint Macrina the Younger as a Model for our Lives3
Christ Forgives and Heals1
Most popular authors
Pravmir.com team208
Eric Hyde204
Archpriest Stephen Freeman119
Fr. Stephen Powley83
Protopresbyter Fr. George Papavarnavas3
Fr. Theodore Stylianopoulos1