OCA to be represented at enthronement of Antiochian Metropolitan Joseph

Source: OCA
Natalya Mihailova | 05 December 2014
The Primate of one of the oldest churches on earth will come to America to enthrone His Eminence, Metropolitan Joseph, as the head of the Antiochian Orthodox Christian Church of North America at Saint Nicholas Cathedral here on Saturday, December 6, 2014. 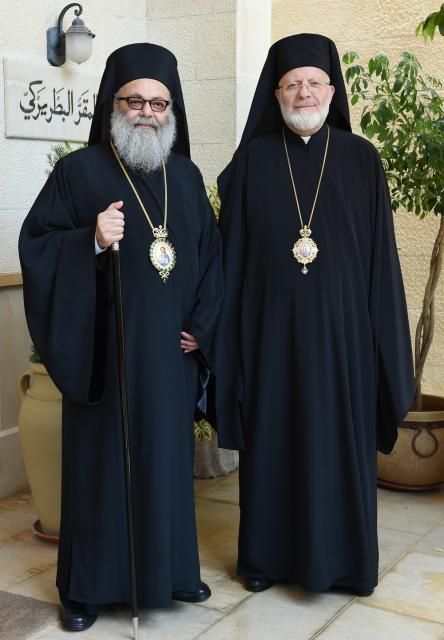 His Beatitude, Patriarch John X of Antioch and All the East, will come from Damascus, Syria to preside at the Service of Thanksgiving and Enthronement rites.

Metropolitan Joseph was selected by the Holy Synod of Antioch on July 3, 2014 to succeed His Eminence, Metropolitan Philip, who fell asleep in the Lord on March 19.  Metropolitan Joseph formerly served as the Bishop of the Archdiocese’s Diocese of Los Angeles and the West.  He now heads the entire Antiochian Archdiocese, with nine bishops, over 400 clergy, and 266 parishes and missions throughout the US and Canada.

According to the Archdiocese’s web site, the Patriarchate of Antioch is the largest Arab Christian church in the world, with communities in the Middle East, Europe, North and South America and Australia. It was founded by Saints Paul and Barnabas in 42 AD by Saint Peter the Apostle, who later went on to establish the Church in Rome.  As recorded in Acts 11:26, “the disciples were first called Christians in Antioch.”

A wealth of related information and resources, including links to a live broadcast of the Enthronement, may be found on the web site of the Antiochian Archdiocese atwww.antiochian.org/enthronement.

Our ancestors abandoned man-made idols during the Baptism of Rus, but today…

Most viewed articles
The Tattoo on Our Being154
350 Thousand Believers Take Part in Cross Procession in Kiev121
The Frontier of Personhood100
Patriarch Kirill Urges Believers to Fight New Idolatry in Their Own Lives96
Critical Theory, Social Justice, and the Attempt to Disfigure the “Transfiguration”72
Bell-Ringing Unites Believers from Different Countries on the Day of the Baptism of Rus (+Video)27
Most popular authors
Pravmir.com team244
Fr. Andreas Agathokleous154
Archpriest Stephen Freeman100
Eric Hyde72