Oldest Cleric of the Russian Orthodox Church Abroad Passed Away 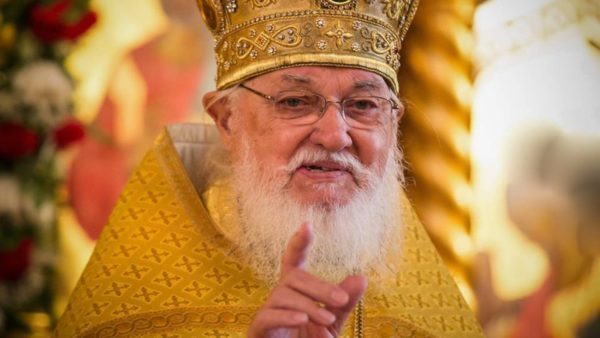 Moscow, May 28, Interfax – The oldest cleric of the Russian Orthodox Church Outside of Russia Protopresbyter Valery Lukyanov passed away last Friday at the age of 91.

The burial service for the late priest will be held on Tuesday, May 29.

Father Valery was born in 1927 in Shanghai to the family of emigrants. From September 1950 he lived in the USA where he served in the army and then finished the Building Faculty of the Polytechnic Institute at New York University. He worked as a civil engineer in the building industry.

He married a daughter of a Russian priest, and has five sons.

In 1963 he was ordained a deacon, four years after – a presbyter, in 1974 he became a protopresbyter. In various years he was a rector of St.Alexander of Neva Church in Lakewood (New Jersey), head of the church deanery, acting chief of the Russian Ecclesiastic Mission in Jerusalem.

Most viewed articles
An Extraordinary Session of the ROCOR Synod of Bishops Convenes133
Is God a Fool?85
How to Respond to Opposition to the Gospel83
A Piece of Rock Falls Down on the Skete of St. Anna on Mt. Athos63
How to Get Rid of Spiritual Infantilism?59
His Beatitude Metropolitan Tikhon Issues Statement on Tragic School Shooting in Texas49
PRAY: 14 Students, One Teacher Dead After Texas Elementary School Shooting46
Romanian priests in Madrid draw conclusions on the benefit of praying together with family members18
test1
Most popular authors
Pravmir.com team196
Archpriest Stephen Freeman85
Archpriest Basil Ross Aden83
Priest Andrei Chizhenko59
Metropolitan Tikhon of All America and Canada49
Associated Press46
Aurelian Iftimiu18
Maria Trushanina1