Source: Holy Trinity Orthodox Church
While there is nothing wrong with sharing our struggles with others, one thing I think most of us have forgotten is to be thankful for them. Yes, you read that right: we should thank God for tough times.
Archpriest Christopher Wojcik | 03 June 2015 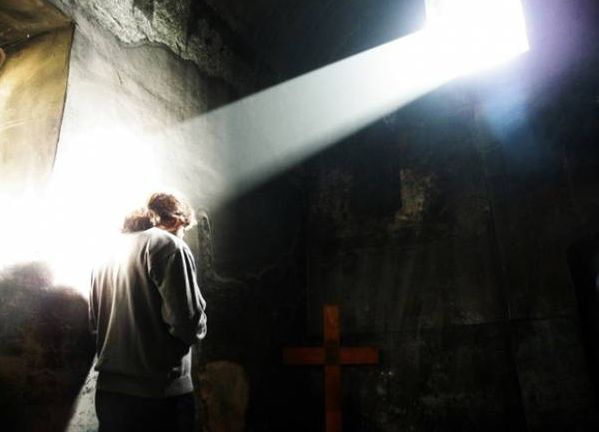 We usually like to complain about life’s difficulties, whether great or small. Sometimes it seems like our difficulties account for 90% of our conversations. Maybe it’s our noisy neighbors. Perhaps we don’t get along with someone in our family. Maybe we feel neglected. Some people have troubles with health. Other difficulties might include financial or employment related problems. In any event, we sure notice our troubles, and we like to talk about them.

While there is nothing wrong with sharing our struggles with others, one thing I think most of us have forgotten is to be thankful for them. Yes, you read that right: we should thank God for tough times.

In the book of Acts, the apostles had been arrested for preaching the gospel. It says that when the authorities “called for the apostles and beaten them, they commanded that they should not speak in the name of Jesus” (Acts 5:40). How did the apostles react to wrongful imprisonment and beatings? It says, “They rejoiced that they were counted worthy to suffer in His name” (Acts 5:41). To rejoice at being beaten for doing the right thing is an unusual concept. Either a sign of insanity, or it shows that the apostles had a different perspective on life.

In the 1970’s, during the space race between the United States and the Soviet Union, the Soviet government was experimenting with keeping cosmonauts in orbit for months at a time. The weightlessness of space was something the cosmonauts quite enjoyed once they got used to it, as it was rather easy to do or lift almost anything.

Unfortunately, when they returned to earth, these men could not walk for weeks, and needed physical therapy for months. One of them nearly died. The reason? The body became accustomed to an easy life, and the muscles began to shut down.

Later, suits were developed that created resistance, and required the cosmonauts to exert force to do even the simplest tasks. While they didn’t like wearing these restrictive suits, they were still thankful for them because the suits kept them strong and healthy.

In a similar manner, a person’s soul becomes weak and lazy when it follows an easy life. Spiritual challenges have the potential to increase our faith, develop us into spiritual champions, and make us witnesses of God’s power in our lives.

St. Paul wrote to the Romans, “We rejoice in our sufferings, knowing that suffering produces endurance, and endurance produces character, and character produces hope, and hope does not disappoint us” (Rom. 5:3-4).

It is on this principle that Jesus himself taught us to “rejoice and be exceedingly glad” when we are wrongly persecuted (Matt. 5:12). It was for this reason that Jesus not once but twice permitted his disciples to be caught in a raging storm at sea (Mark 4:36-41 and 6:45-51). Through challenges like these, the disciples learned to trust in Jesus even when circumstances were terrifying.

For us, the same principles hold true. When do we develop strength of character: when life is easy or difficult? It is through life’s difficulties that we not only find our inner strength, but God’s grace. That being true, then as you share your struggles and difficulties with others, also thank God for them, because through tough times, God is producing endurance, character, and hope in you.

Most viewed articles
Blasphemous and Obsessive Thoughts Come Into My Mind. What Do I Do?152
An Extraordinary Session of the ROCOR Synod of Bishops Convenes112
Funeral Services for His Eminence Metropolitan Hilarion of Eastern America and New York79
Is God a Fool?73
Metropolitan Joseph, Bishop Thomas Celebrate Centennial of Little Falls Parish55
How to Respond to Opposition to the Gospel55
PRAY: 14 Students, One Teacher Dead After Texas Elementary School Shooting41
A Piece of Rock Falls Down on the Skete of St. Anna on Mt. Athos38
His Beatitude Metropolitan Tikhon Issues Statement on Tragic School Shooting in Texas29
Most popular authors
Pravmir.com team229
Fr. Eugene Murzin152
Archpriest Stephen Freeman73
Subdn. Peter Samore55
Archpriest Basil Ross Aden55
Associated Press41
Metropolitan Tikhon of All America and Canada29