Archpriest Pavel Velikanov | 17 November 2012
From the editor of Bogoslov.Ru, a reflection on suffering, the awareness of life’s brevity, and how they can help us live our lives. 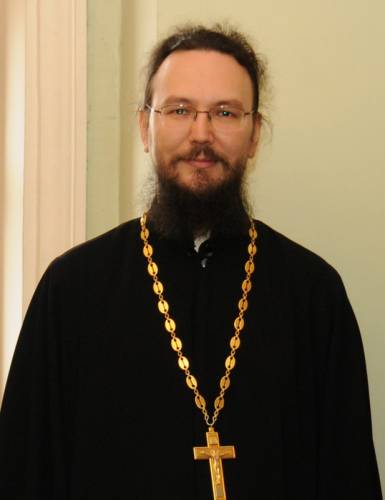 Whoever believes in chance doesn’t believe in God. These forthright words of Father Alexander Elchaninov gain a new meaning when it comes to misfortunes, whether they are of a personal, canonical or even worldwide nature.

Misfortunes never come singly. When they come, we have to open our doors, otherwise misfortunes break right through and we can lose not only the doors but also the whole façade. However, the doors can be opened in different ways.

While a person is young they have unlimited opportunities and hopes ahead of them. They are determined and focused on their future, the anticipation of which makes them happy and cheerful. All misfortunes seem negligible, swiftly passing on the way to the “wonderful future”.

However, a person feels completely different when one day they realise that life’s clock is ticking and that it is impossible to restore their losses, to recover from hardship, to replace loved ones, while the emotional ability to make new friends diminishes every year. Just as water leaks gradually out of a solid but cracked barrel until instead of clear fresh water there is nothing left but filthy dregs.

Please don’t try to comfort such a person or indignantly protest against their low spirits. The truth is that their situation has nothing to do with either melancholy or despair. On the contrary, they have come to an understanding that life is offering them some new, real, authentic prospects.

Some time ago I was struck by the words of Ivan Ilyin that suffering is the main means of understanding the reality of the universe. At that time I thought these words meaningful and beautiful, although rather useless with regards to day-to-day life. Moreover, these words didn’t seem particularly Christian either – who would ever say to someone in distress that now they really know what real life is like! That would not only be cruel but also wrong: according to the Scriptures we should not rejoice with those who weep but share their grief and sorrow.

At the same time, if it is not a stranger but you who hears the clock ticking, then that is a completely different matter.

The first thing to happen is that one starts bringing structure to ones life. This is to be expected, because when one has an endless road ahead, it is impossible and even unpleasant to focus on down-to-earth things. However, the moment one finds oneself in a situation with very clear-cut stipulations, especially if those are provided not by you but by Divine providence, one has to return ones gaze to reality and concentrate on the familiar and simple things which had been neglected earlier.

Instead of waiting for something grand and glorious in the future, one starts to find joy in ordinary and small matters, which one previously only glanced at with contempt. The truth of each moment becomes very vivid, almost tactile; and this everyday truth results in gratitude to God for granting yet another wonderful day.

The second thing I would like to point out is about resonance. When someone is running along the platform, pushing everyone around and trying to catch a train, they are not concerned with anybody else but themselves, even if people around get hurt or upset. They think they will never see those people again, so why bother worrying about them? But if one is locked in a submarine, where every gesture will be mirrored and reciprocated by one’s fellow passengers, often in the worst possible way, then one quickly masters some patience and self-control – even when one is in the right – as well as some good sense and tact towards people who happen to be around. Nobody wants to upset the delicate balance and to fall victim to it. Better a little fire to warm us, than a great one to burn us.

Finally, it is true to say that to lie on the ground is to be in the most stable position. The more we want to take control over everything, the faster water leaks out from the barrel. The very moment when one is confident of having omnipotent power in their hands, it turns out that this is only a little thread leading back to oneself, not the universe. Humbleness never falls because it never holds its head up high. The less we rely on ourselves in our lives, the better, smoother and more balanced our lives are.

You probably think that the author is referring to himself. Not at all. I am mainly talking about our Christian life in general. It doesn’t matter what pulls the trigger and starts that clock. What most important is that this ticking sound could – and should – be a turning point in the lives of church people, prompting them to seek the truth and become more mature. Isn’t it time for us to grow up and stop dreaming about the Third Rome, New Byzantium or the pan galactic influence of the true faith? Sadly, we will probably have to end our walks in the moonlight with nightingales and endless courting in a faraway land. We are not needed there, and we will always be unwanted strangers there. But don’t we have our own family? It is time to take care of it and be responsible for it. For example, heated discussions about the projects of the Inter-Council Presence, especially concerning monasticism, remind us that we have a great deal of work left to do in our own back yard. Who knows; perhaps there is not much time left, and we had better spend it on our own problems.

“Come, Lord Jesus! For Your Kingdom is not of this world!”