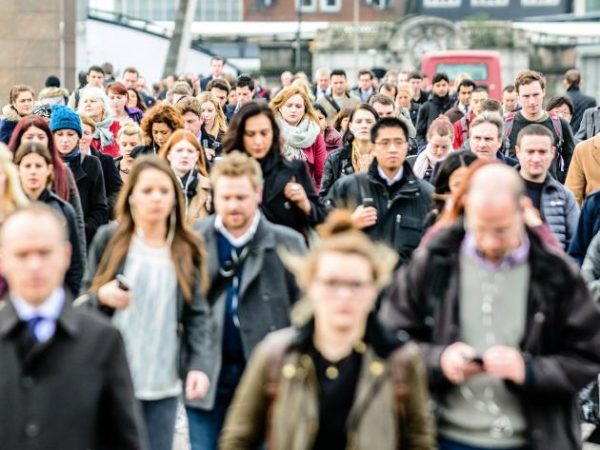 A few decades ago, when I was a student of Philology Department and just started going to church, I happened to witness quite an interesting event. My acquaintance, also a student and a novice in the faith, found out that our mutual friend, a Catholic, was hit by a car and was in a hospital with a broken leg.

– We need to help her! – he exclaimed, asked me to come with him, and immediately went to the hospital to convert her to Orthodoxy. His mission was extremely original: namely, when he entered the room, he began to tell the victim that all her misfortunes entirely come from delusions in the faith, that she must immediately accept the truth, otherwise she would be again hit by a car, but by a bigger one, for example, a truck or a road roller.

However, our friend did not respond to his calls. Yet he believed that he had done his duty, appealed that way to a lost soul and it was certainly not his fault that she was so obstinate in her delusion.

Although in fact, the poor fellow just did not know that in addition to the mission of a word, there is also a mission of attitude, as, for example, Saint Alexei Mechev, when suffering people came to him, asked them “Where does it hurt?” instead of “How do you believe?”. And by this rather than by disputes about the faith he revealed the essence of Orthodoxy.

Since the most ancient times it so happened that even when we come to a church, we do not always see the beauty of Christianity. But if we see it and have kind spirits, then this beauty will charm us.

I was always particularly struck by the beauty of human relations when I visited famous Athos and Greek elders.

I came to Petra, a monastery of Elder Dionysius Kalambokas, in the evening. After a while, I entered the refectory and asked permission to remain there for a few hours, explaining that I was a writer and I needed to write down my travel impressions. The monks were so kind that even though I stayed at the refectory until late at night, no one disturbed me in any way. Only some of the brethren offered me to eat so that I would not be too tired. I do not know at what time those, who had to look after the refectory, went to bed, but such extraordinary hospitality could not but move my heart. Every monk was joyful and expressed their joy in their own way. When one brother, broad-shouldered and stately, saw my escort, who was also a monk, he smiled broadly and lifted him into the air. This was how he showed the good feelings that filled him. Monks came and went, belated guests arrived from all parts of the world: they were immediately seated by the table and fed. I noticed that each monk here was wonderful in their own way, nobody copied each other, but everyone revealed themselves in a special way in the Holy Spirit, that is so desired by people. If there was one thing they had in common, it was a desire to do everything for everyone around them, so that everyone would know the same joy that they did. If you meet at least one such person in the world, you want to live on, love, prevail, and create. And here, on a small piece of land, several dozens of real people were gathered, therefore, despite the rainy November, it seemed that nature itself was rejoicing and saying to everyone, “I found a person!”.

I was also surprised by an icon shop. Firstly, it was completely unlocked. Money and painted icons laid there without any supervision, and to my surprise an old monk replied:

– We trust everyone here.

Try to imagine such a store in your country, and you will feel the difference…

Secondly, no one here knew the price of icons. No one even wanted to bargain. A week later we met a young French pilgrim, who has seen a monk selling something here three years ago. The Frenchman remembered the prices. My friend could afford to buy something in the store, but the trade was not conducted according to store rules.

As a result, my friend and the Frenchman came out of the shop loaded with bags. The Frenchman was puzzled:

– Do they not paint icons in your country?
My friend replied to this:
–They do, but not much.

It is very important for any searching person to pave this path from the falsity of human relations, of which there is a lot in churches, to the beauty that the Church actually is. Missionary work is essential among those, who know about God, but do not have a patristic, bright idea about Him. And though few people seek this bright knowledge about God, among people there are always those, who would like to discover the beauty and tradition of the Spirit, presupposing in a special way that the Church is something other than quarrels of its members, other than formalism and stagnation, other than the rejection of culture and knowledge.

The first such missionaries in the world were the prophets and St. John the Baptist. In Judea, the main spiritual movement was the formalism of the Pharisees, and the prophets appealed to all, who could hear, and said that faith is an alive relationship with God, and not the observance of certain rules. In fact, the prophets were the first to proclaim what the Blessed Augustine formulated as “to love God and to do what you want”. The best of people of that time gathered around the prophets, because their word was alive, and they spoke differently from the scribes and the Pharisees.

The first disciples of Christ were the disciples of St. John the Baptist. This is for a reason. For a person to come to Christ, they need to want the reality in themselves and in the world, that reality, when life is full of the Holy Spirit, when a person has the power to say to anything unimportant – it does not matter, and when a person wants to multiply beauty and goodness. It is this reality, to which the prophets brought people, the Apostles spoke about it. And paradoxically, it can be very difficult to hear this reality exactly in church space. Therefore, the preaching of the prophets and the Apostles always caused a scandal: formalists and scholars of any age cannot bear to hear that it is not their merits that are important, but grace, which is given only for a life dedicated to others, and not for the amount of books read, diplomas, and not for the ability to compile a bibliography for a dissertation.

Depth and joy are the apostleship of a modern Christian, convincing others that everything he believes is true. I know a wonderful young lady, to whom Elder Dionysius said that her most important mission is her smile and joy, by looking at which other people understand that Christianity is happiness.