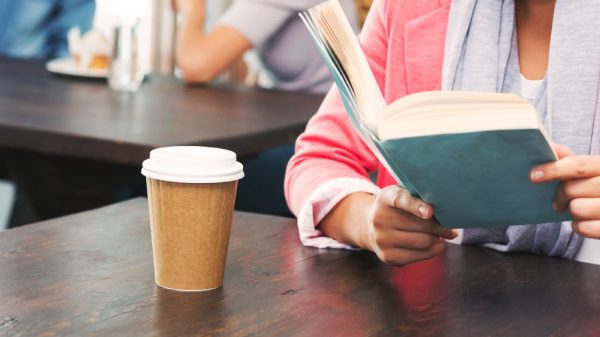 A couple of days ago‚ I was having a conversation with a friend of mine‚ a very accomplished Byzantine chanter‚about the interpretation of various pieces of liturgical music. During our conversation he made a comment that stuck with me: it is actually easier to manage a virtuoso interpretation than to chant a simple‚ yet profound‚rendering of the same hymns. The reason he said is that initially the chanter has a zeal to learn all the complicated items‚ to discover all the aspects of the music‚ but later on‚ when he understands that this is not regular music‚ but liturgical music‚ and‚ when he is finally able to join the meaning of the hymn with the melody‚ only at that point‚ true simplicity comes up on the surface on its own. Simplicity is not‚after all‚ a lack of skill‚ but comes out of a deeper understanding‚ out of a humility of the chanter who becomes now a humble instrument that transmits to others the truth that the Holy Fathers expressed in the hymnology that he interprets.

In the desert of Egypt‚ during the times of St Anthony the Great‚ lived an elderly monk named Paul. Paul used to be a farmer and upon the leave-taking of his unfaithful wife‚ he sought monasticism with St Anthony. Initially St. Anthony rejected him‚ in order to test him‚ but after seeing his unwavering will (he waited three days outside of St. Anthony’s cell for an answer) he accepted him as a fellow laborer of Christ. Paul‚ who came from humble origins‚ lived a very modest‚ yet pious life‚ and so he was called The Simple. Being simple‚however‚ did not mean he was lacking spiritual knowledge‚ on the contrary‚ he received great spiritual gifts‚ including the power to cast out demons. It is said that at one-point St. Anthony‚ refused to heal a possessed young man saying‚ “I cannot help the boy‚ for I have not received power over the Prince of the demons. Paul the Simple‚ however‚ does have this gift.”‚ he did help the boy‚yet praying in the true simplicity: “Lord Jesus Christ‚ through the prayers of my father Anthony‚ cast out this demon”.

Genuine simplicity springs out of deep faith and a profound understanding of our relationship with God. High academic theology is very tempting for someone that explores the riches of the Orthodoxy‚ but yet‚ being able to quote St Maximus the Confessor in the original Greek or to be able to comment on the correct translation of a certain obscure word in the Aramaic version of the Gospel of Mathew‚ does not guarantee that one’s life is actually based on the principles that one May declaim from the pulpit. The true theologian‚ as well pointed out  by a contemporary bishop‚ is the one who prays. As simple as that. The rest is regurgitation of other people’s experiences of prayer‚ a mere exhibition of objects of value that one played no part in the making.

The core of our faith is actually extremely simple‚ that there is a God that created us and He became like us so we can become like Him. In order to do that He died‚ resurrected and ascended to heavens‚ taking up our human nature upon the heavenly throne. All we have to do is follow Him‚ take up our crosses and get going.

Why are we not seeing this simple truth? Because we get caught up in interpretation‚ in the nice theory of music‚ dogmatics‚ liturgics‚ homiletics and so on. We like to think we are so smart and we understand all these things‚and‚ in our hurry to get all the convoluted details‚ we forget the simple truth that rests in front of us: that the life in Christ is not to be meditated upon‚ but is to be lived.

The Feast of Nativity is right around the corner. It is a feast that celebrates‚above all‚ the profound simplicity of our God Who left all the glory of His heavenly abode and chose to be born‚ unknown‚ in a modest manger in the small city of Bethlehem.

No sermons were preached at the birth of the Archpriest of the universe‚ no odes were declaimed at the arrival of the offspring of the poet and king David‚no court congregated in the palace at the entrance of the King of glory. Only a donkey and an ox‚ drew close to the improvised crib‚ to fulfill the prophecy of Isaiah: “The ox knows its master‚ the donkey its owner’s manger‚ but Israel does not know‚ my people do not understand.”(Isaiah 1:3)

He led us on this path by walking on it first‚ by opening the way to paradise with a thief and a sinner like ourselves. He is nothing but love‚ Love incarnate that outpours from the Communion cup‚ so that He can enter in all of us and make us all like Him‚ love.

Welcome Christ in your homes this coming Nativity. Your heart is the only abode He needs‚ your prayer is the only hymn of glory He wants to hear‚ your friendship is the only company He desires. He is one of us and He wants to make us His.

Draw near to the manger and listen carefully to the simple call coming out of the mouth of an old and humble chanter: Christ is born‚ glorify Him!