On Sunday of Orthodoxy, Patriarch Kirill celebrates Liturgy at the Church of Christ the Saviour 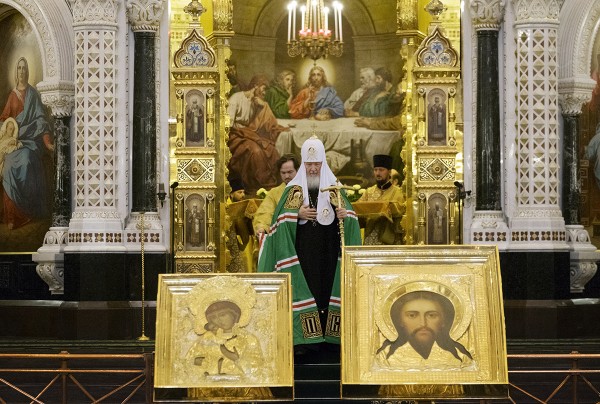 The service was attended by ambassadors of Abkhazia, Armenia, Bulgaria, Greece, Serbia and Montenegro and representatives of the diplomatic missions of Belarus, Greece, Cyprus, Lithuania, Moldova, Slovakia, Slovenia and South Ossetia.

Prayers were said in Church Slavonic, Arabic and Czech.

‘We know however’, he said, ‘that after those events, many things happened in the history of the Church involving heresy and division but the Church has preserved its unity. It has become smaller as compared to the size it had in the first millennium when it embraced East and West, but it has managed to preserve its unity, which is expressed today in the unity of 15 autocephalous Orthodox Churches, the names of whose Primates were liturgically mentioned today’.

‘Looking mentally at the past while evaluating the modern life, one would ask: What was the driving force of the dissent in the Church which led to divisions and schisms? Already St Paul said that there must be factions (cf. 1 Cor. 11:19) but not the factions that challenge the common faith of the Church, destroying or shaking the foundations of its life and profaning the life of the Orthodox by false sacraments and false preaching.

‘If we look closer at the personalities of the founders of heresies in remotest times we will see that they all were outstanding people with strong intellect and excellent education. They had disciples and were brilliant speakers. Why did they fail to become servants of God who build the body of the Church but rather became heresiarchs and schismatic teachers?’

‘If a theologian becomes exclusively an armchair scholar who has knowledge and the ability to make his case, he always bears the danger of false teaching. Only if he lives an intense spiritual life, if the liturgy is his everyday need, if repentance and self-analysis is his everyday practice, then such an intellectual would say no words contrary to God’s truth’.

‘Many speak of God today but their words not so much help people come closer to God as they put new obstacles which divide Christendom even further… We know that, despite enormous efforts made by many to overcome divisions existing in Christendom, the gap, especially with regard to certain confessions, is tragically growing. And however much the dividers refer to certain new standards of thought and philosophical fashion, they cannot conceal their destructive deeds aimed at tearing people away from God’.

‘The Day of the Triumph of Orthodoxy gives us an opportunity, one the one hand, to remember all those who served the unity of the Church but, on the other hand, to pray for the Church of today as it faces enormous challenges and for its servants who are to have not only knowledge but also spiritual experience, because only this experience and righteous life can give a convincing and overwhelming response to any attempt to divide Christ’s heritage even more’.

Patriarch Kirill said in conclusion, ‘May the Lord Himself Who has called us to His Holy Church and Who gives us beneficial resources for spiritual growth, Who illuminates our minds with the light of His divine commandments, leads us in our life journey, protecting us from every temptation and helping us to grow spiritually, so that we may remember that we reach contemplation step by steps, as St Gregory the Theologian teaches us. Amen’. 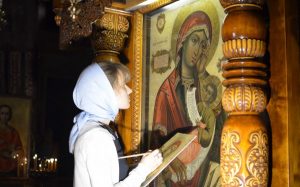 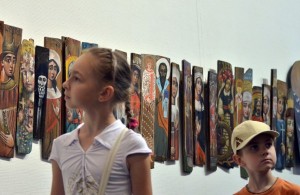 Venerate Icons by Becoming One: On…
Priest Philip LeMasters 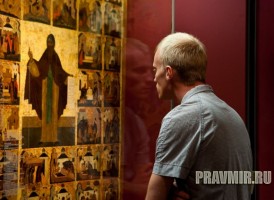 Triumph, but not Triumphalism: On the…
Metropolitan Hilarion (Alfeyev)