Patriarch Kirill: “The Feat of Confessors Is the Clearest Evidence that Christianity Is Indestructible” 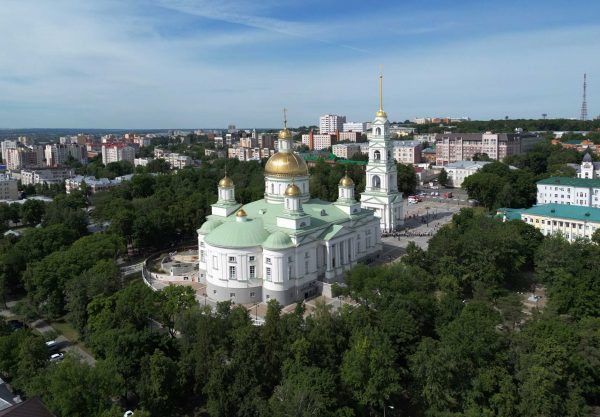 The feat of holy confessors, who lived in the first centuries of persecution, and also during the years of godless power in Russia, is the most striking evidence of the indestructibility of the Christian faith said His Holiness Patriarch Kirill of Moscow and All Russia.

As the Primate of the Russian Orthodox Church recalled in his sermon on June 19, in the era of the first persecution of Christians “confessors were the ones who were tortured during interrogations and did not betray Christ, but were not put to death”.

“Those who were killed were called martyrs, and those who fully showed loyalty to the Savior, but for some reason did not die from torture and torment, were called confessors. And this wonderful understanding of the word “confessor” as one who has shown fidelity has gone through the entire history of the Church,” His Holiness Patriarch Kirill added, addressing the faithful after the Divine Liturgy in the restored Savior Cathedral in Penza.

“We know that in the recent past, when temples were destroyed in Penza and throughout our country, when atheism became a kind of state religion, forcefully imposed on the people, adherents of this new religion very often killed those who did not accept their beliefs. The victims of persecution became martyrs, and those who were tortured but not killed, became confessors,” said the Patriarch, referring to the history of Russia.

His Holiness Patriarch Kirill noted that today the martyrs and confessors of the Russian land are “like bright stars in the Divine sky”, helping believers “to choose the right course or, as they say now, the right life trajectory – how to go and where to go.”

“The feat of the confessors is the clearest evidence that Christianity and faith are indestructible,” the Primate of the Russian Orthodox Church emphasized in conclusion of his words.