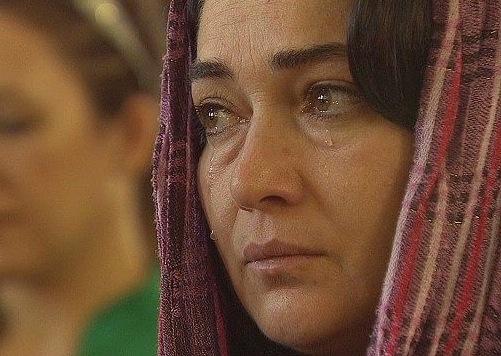 The Russian Orthodox Church is raising her voice again in connection with the tragic events happening in the lands inhabited by Assyrian Christians in Syria’s northeast.

In October 2014, the extremists kidnapped three Christians from the Assyrian village of Tell Tamar. On 23 February 2015, the militants from the terrorist organization called the Islamic State began their assault on Christian villages on the banks of the Khabur River. The militants stormed the villages, committed savage reprisals against Christians, took over one hundred Assyrians hostages and burned down at least four churches in different villages. According to available information, the hostages were taken to Abd al-Aziz mountains. Over five hundred Christian families had to flee to the nearby towns of Hasakah and Qamishli. The refugees had no time to take necessary items with them.

Christians are the most defenseless group against the threat of extremism. The militants have set themselves a task to uproot Christianity in the territories they have under control, resorting to terror, brutal executions, kidnapping, desecration of the holy sites and destruction of churches. Using Islamic slogans as cover, they try to eradicate Christian presence in the region completely. The disaster will lead to irreversible consequences.

The Russian Orthodox Church resolutely condemns the barbarian acts of violence against Christians. We continue to call upon all political leaders of the world and international organizations to defend persecuted Christians. It is necessary to stop terror without delay and guarantee security of Christians who have lived in the Biblical lands of the Middle East for almost two thousand years and other religious and ethnic minorities, too.

We express solidarity with our suffering brothers and sisters in Christ in the hope that the world community will at last direct eyes to the acts of lawlessness and take immediate measures for defending persecuted Christians.

Most viewed articles
The Authenticity of the Vision of Christ in the Life of Saint Silouan120
Epistle of the Council of Bishops of the Russian Orthodox Church Outside of Russia103
Living with Cunning People78
“A New Creation” Through the Cross of the New Adam65
The work of the Church in society is quiet, but full of hope and love, says the Director of Lumina Publications35
Most popular authors
Archimandrite Zacharias Zacharou120
Pravmir.com team103
Fr. Andreas Agathokleous78
Priest Philip LeMasters65
Ștefana Totorcea35