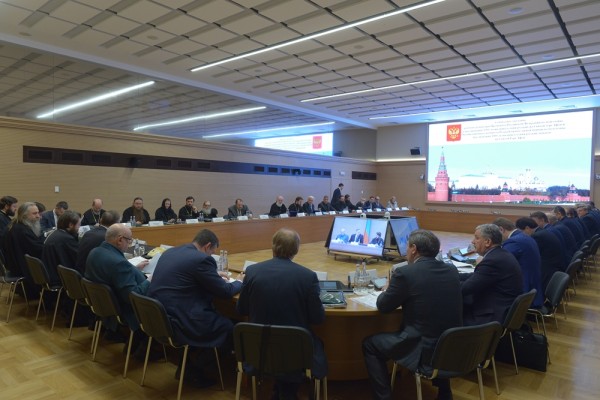 The meeting was chaired by Mr. Alexander Beglov, Plenipotentiary Presidential Envoy to the Central Federal District, head of the Presidential working group, and Metropolitan Hilarion of Volokolamsk, chairman of the Moscow Patriarchate’s Department for External Church Relations, head of the Russian Orthodox Church’s Organizing Committee.

The participants in the meeting discussed the implementation of the state and church plans of celebrations in Russia in 2016, which will mark the millennium of the Russian presence on the Holy Mountain.

In their reports, the speakers highlighted in what spheres the jubilee programme will be implemented and outlined forms of cooperation between the state, the Church, and the society.