Organizing committee for celebration of the 1000th anniversary of st. Vladimir’s demise holds its regular session

Source: DECR
Natalya Mihailova | 22 April 2015
On 20 April 2015, a regular session of the Organizing Committee for celebration of the 1000th anniversary of the demise of St. Vladimir Equal-to-the-Apostles was held at the Moscow Patriarchate’s Department for External Church Relations (DECR). 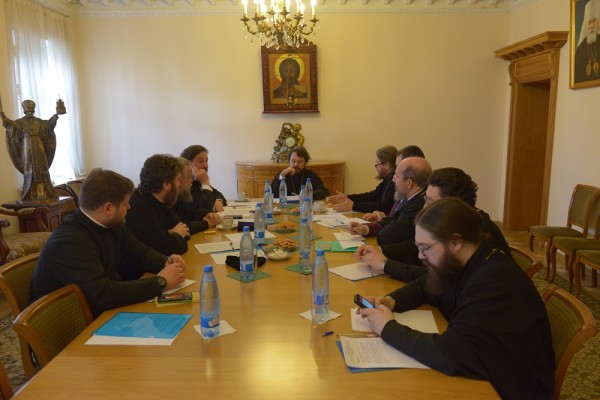 Chairing the session was Metropolitan Hilarion, chairman of the Organizing Committee, chaired the session.

Discussed at the session were issues pertaining to the jubilee celebrations being held in 2015 in honour of St. Vladimir, the Baptizer of Russia.