Orthodox and Anglican leaders from around the world meet in Buffalo

Source: The Buffalo News
Natalya Mihailova | 19 September 2015
Nearly 30 religious leaders from around the world are in Buffalo for an annual meeting to discuss ecumenical relations between the Orthodox Church and the Anglican Church. 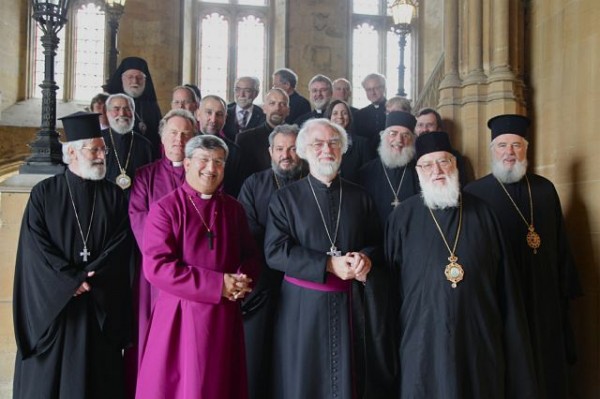 It marks the first time the International Commission for the Anglican-Orthodox Theological Dialogue is being held in the United States.

Annunciation Greek Orthodox Church of Buffalo at 146 West Utica St. is hosting the weeklong event, which begin Saturday and runs through Friday.

The Rev. Metropolitan Diokleia Kallistos Ware, an Orthodox bishop in England, is chairman of the dialogue, while the Rev. Christos B. Christakis, parish priest at Annunciation, serves as secretary, a post he’s held since 1994.

“It’s a great honor to have world leaders meet in Buffalo,” Christakis said. “More importantly, the relationship building is paramount to reinforcing similar goals within Christianity.”

The dialogue takes place each year, alternating between an Anglican and an Orthodox location. It was held in 2014 at St. George’s Anglican Cathedral in Jerusalem. The dialogue between the two traditions first began in 1973. The International Commission was created in 1989, and previous discussions have explored the question of who may be ordained and doctrine related to the Trinity.